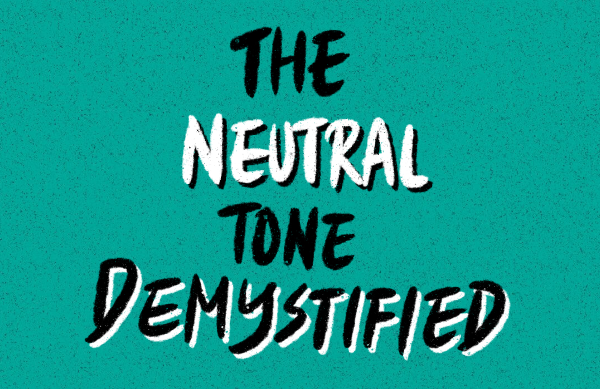 The neutral tone in Mandarin causes a lot of confusion for many second language learners.

The neutral tone can be written in several ways, which of all mean the same thing.

The neutral tone is called 轻声/輕聲 qīngshēng, which means “light tone”. A so-called light tone indicates that any syllable with a neutral tone is unstressed, which is shorter in duration and lighter in intensity.

The darkness of the spectrogram shows the intensity. The width at the bottom shows the duration in seconds. Compared with the first syllable, we see that the second syllable is lighter in intensity and shorter in length. Because a neutral tone is both lighter and shorter, we often describe it as “unstressed”.

A neutral tone never occurs when a character is used in isolation. A syllable is usually changed to a neutral tone in the following situations:

Most end-of-sentence particles are a neutral tone because they are functional words without substantial meanings . They are essentially “unstressed” both semantically and pronunciation-wise.

In some cases, a character has more than one tone, one of which is a neutral tone.

Ok, that’s it for this lessson. Check out some of our other posts on tones here: