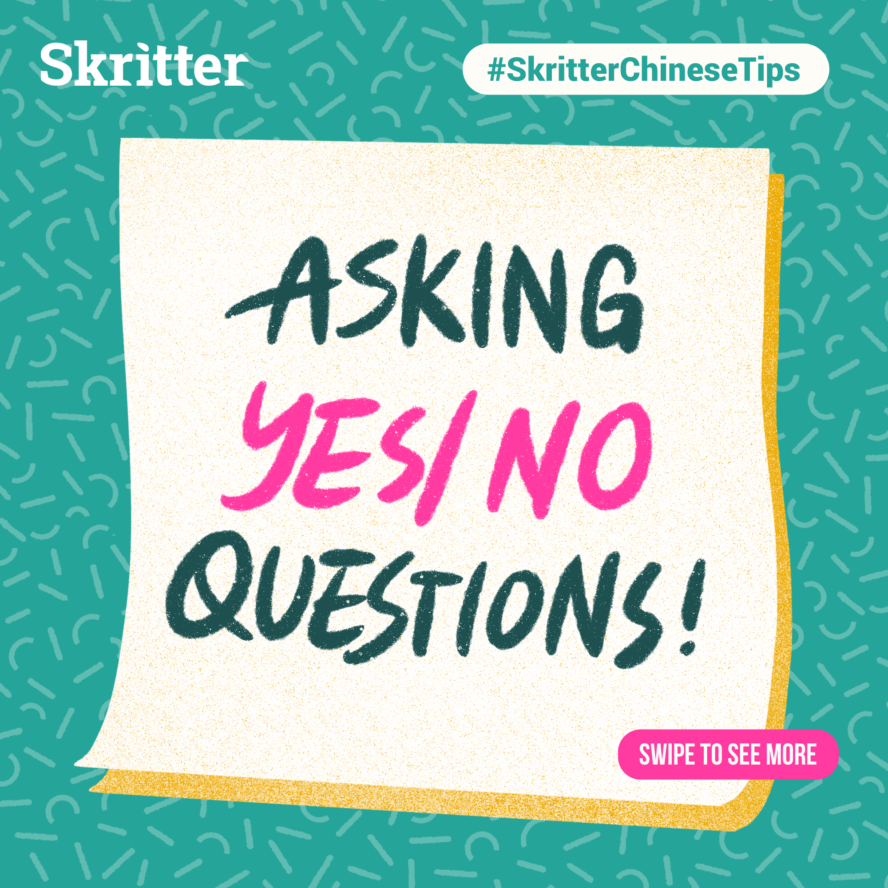 Swipe the gallery images below to learn how to ask Yes/No questions in Chinese.

Mandarin is a Subject-Verb-Object language. English is also an S-V-O language, but to form a question such as “who are you?” or “is this you?”, the sentence goes through a word order change. In “who are you”, the object “who” is moved to the beginning of the sentence, making it no longer an S-V-O pattern in English.

Mandarin does not go through the same word order change. Most questions still remain in an S-V-O structure.

The same thing applies to Yes/No question. In English, the verb [is] is moved to the beginning of the sentence, making it no longer an S-V-O pattern.

In Mandarin, there are two ways to make a yes/no question, without moving the subject, verb, or object around…

We can also use “A-not-A” to form the same question.

A-not-A cannot be used with 吗. Only one of them is permitted in a yes/no question.

Lastly, in some dialects (i.e. Taiwanese Mandarin), 有 may be used in a yes/no question with 吗 or even in a non-negation affirmative sentence. This is because of the influence of Taiwanese or Minnan Hua, a variation of the Hokkien language.