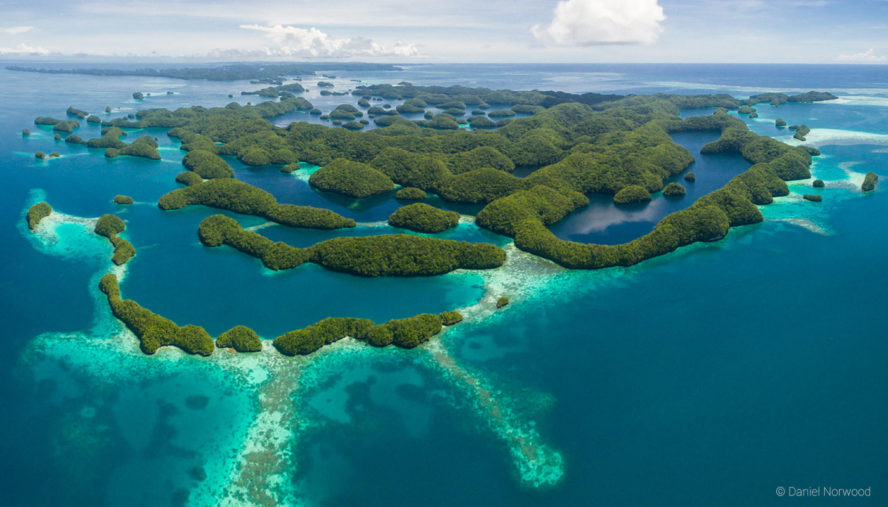 Japan and Palau have a long history, dating back to 1920 when Palau was under Japanese rule. This isn’t what this blog post is about though, but rather how much influence Japanese language and culture has had over Palau, even 100 years later. I was shocked to see how much Japan directly affected their culture and their language itself.

The national language is Palauan, and also English due to American occupancy that ended in 1994 when they became independent. Japanese is a recognized language as well, and used to be taught to Palauans during Japanese occupancy.

Now that you know a bit about Palau itself, let’s take a look at some of the Japanese influence that carries over today.

Language:
This is how I learned of Palau and Japan’s connection. There are countless words that are almost identical in Palaun and Japanese. Here is a list of some of them:

Japanese: ～さん（～san); used as an honorific at the end of a name. For instance 田中さん (tanaka-san), or “Mr. Tanaka”
Palauan: ～sang. For instance “Tanaka-sang”. 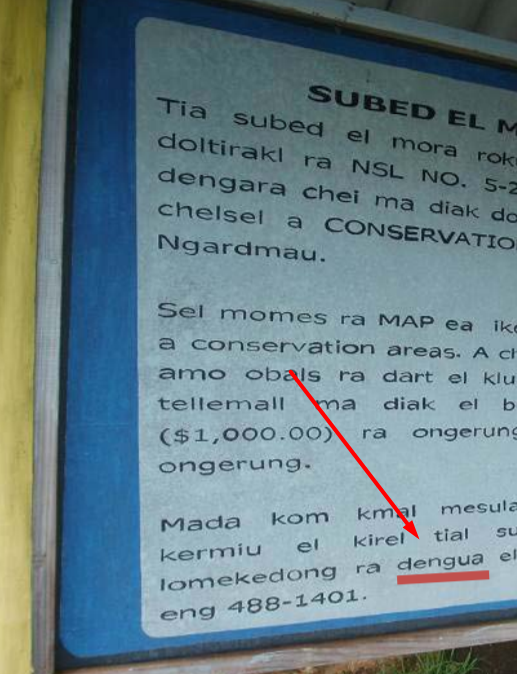 The list goes on and on– there are thousands of words like this that have made their way into the Palauan language. If you know Japanese, it wouldn’t be very hard to learn Palauan!

Culture:
There are a lot of Palaun surnames which come from Japanese. For instance: Hideo, Ichiro, Kikuo, Kintaro, Kioshi, Koichi, Masaharu, Nobuo, etc. There are also names which don’t really exist in Japan, but sound Japanese, like Tumiko, Mitaro, Otoichi, etc.

A lot of cuisine in Palau comes from Japanese culture. You could order a bowl of Udon noodles, but in Palau it’s spelled “Udong”. 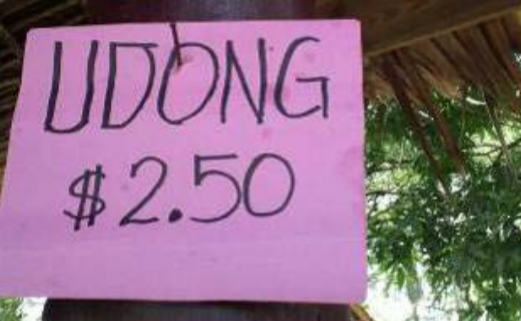 You could order Donburi, but with the way the Palaun phonetic system works it’s spelled “Domburi”to show the nasal sound, using an “M” instead of an “N” as how it would typically show up in romanized Japanese. You can even order Tamago-Donburi, but it’s called “Tamango-Domburi”. 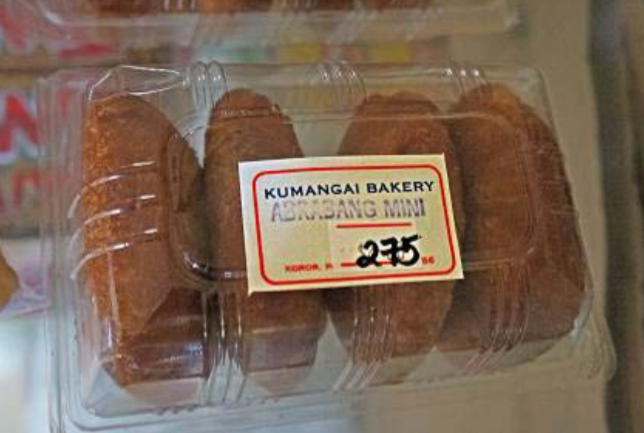 Here’s a fun video going over how close Palauan words are to Japanese:

If you’re interested in reading more about this, there’s an extremely interesting research article at: https://www.ninjal.ac.jp/research/project/a/creole/files/creole_Palau.pdf