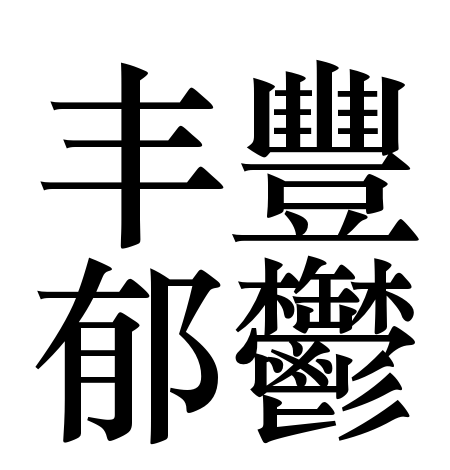 One of the first things most teachers do when they introduce a course to a new group of beginners is to talk about what the course is about. What are you going to learn? What does “learning Chinese” actually mean?

This is not as obvious as it sounds! Most of the time, “Chinese” actually means “Mandarin” (“Chinese” is usually used to encompass all dialects, of which Mandarin is one).

Another question is whether you will learn simplified or traditional characters. These are two parallel character sets that overlap to a very large extent. If you look at comparisons between the two as a beginner, you will often be scared by the seemingly huge difference.

Wow, that looks really scary!  It’s mostly an illusion, however. These are extreme cases and far from typical. As I mentioned above, the overlap is very big. For example, the top ten most frequently used characters are identical in simplified and traditional Chinese (i.e. the characters weren’t simplified.

For a large majority of the characters that have been simplified, the simplification is systematic. Here are some examples of systematically simplified characters:

That doesn’t look very hard, does it?

In fact, there are only about 500 tricky cases. As a beginner, you might think that I’m crazy when I say “only” 500 cases, but believe me, it’s not as difficult as you think! All serious students will learn both character sets at some point, at least passively (being able to read but not to write by hand), but you shouldn’t attempt this until you’re comfortable with one of the sets. By that time, 500 characters won’t be very scary.

Should you learn simplified or traditional Chinese?

The debate over which is the better system is complicated and heavily influenced by politics. The truth is that it doesn’t matter much from a language learning perspective. Instead, your choice should be based on practical considerations.

When it comes to learning tools such as Skritter, most will support both simplified and traditional. In Skritter, you can even choose to learn both, although I recommend against doing this until you’re familiar with one of the systems. From this point of view, it matters little which you learn first.

Of course, this is often not even a choice you can make. In some countries and institutions, courses are taught in one system or the other, although sometimes both are taught in parallel and students can choose which they prefer. In any case, this shouldn’t be a major consideration when you start learning. Switching takes some effort, but it’s really not a problem. I have met many advanced learners and I have so far never heard anyway regret learning one or the other. In fact, the question of simplified or traditional is not really a problem at all.

More about simplified and traditional characters

Even so, there are a few things you need to know about the systems if you want to avoid confusion. There are already several articles about issues related to simplified and traditional Chinese, and I will introduce some of then below before wrapping up this article: