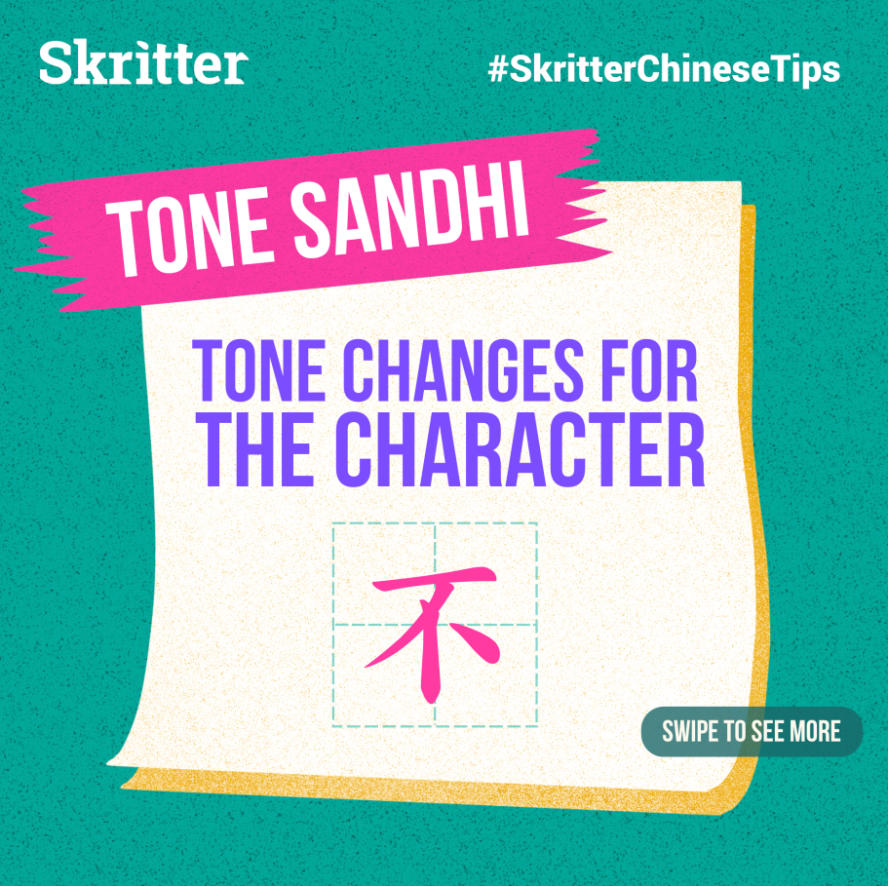 Additionally, “不” also is pronounced as a neutral tone when used in a negative resultative complement (see the Chinese Grammar Wiki for full explanation), for example:

There is nothing complicated about the tone changes for “不,” but getting the rules straight and saying the tones correctly is a simple way to make your Chinese sound even more fluent. Start paying attention to the rules today and you’ll master them in no time!
If you have a question about any of the above please leave it in the comments below. And be sure to stay tuned for the final segment on tone sandhi, where we’ll be exploring the tone changes for the infamous third tone!