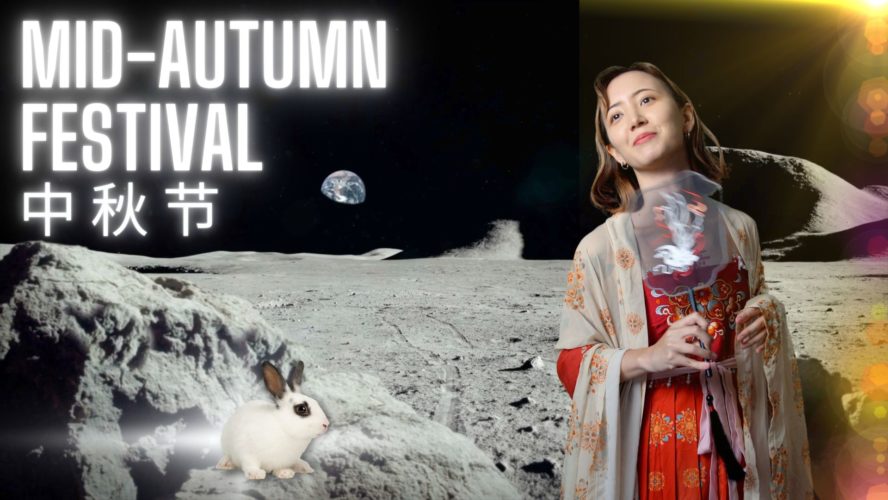 The Mid-Autumn Festival is a harvest festival celebrated by Chinese people and other East Asian cultures. It falls on the 15th day of the 8th month of the lunar calendar, which usually corresponds to late September or early October in the Gregorian calendar. The festival celebrates the full moon, reunion of family members, and the sacrifice made by the moon Goddess Chang’E. You’ll also find people eating and gifting mooncakes, and in Taiwan, a tradition of barbecuing on the streets. We’ll also learn about the hero archer Hou Yi, a moon rabbit, and lots more Chinese folktales. Watch the video below to learn more!

What is the Mid-Autumn Festival?

It is one of the most important holidays in Chinese culture; its popularity is on par with that of Chinese New Year. The history of the Mid-Autumn Festival dates back over 3,000 years. It’s also known as Moon Festival, or Mooncake Festival. It is also known as a harvest festival.

When is “moon festival”?

The festival is held on the 15th day of the 8th month of the Chinese lunisolar calendar with a full moon at night, corresponding to mid-September to early October of the Gregorian calendar. On this day, the Chinese believe that the Moon is at its brightest and fullest size, coinciding with harvest time in the middle of Autumn. In 2022, that lines up with the 10th of September.

A mooncake (月饼/月餅 yue4bing3) is a Chinese bakery product traditionally eaten during the Mid-Autumn Festival (中秋節). Mooncakes are offered between friends or at family gatherings while celebrating the festival. There are numerous varieties of savory and sweet mooncakes, but they often consist of a filling of either red bean or lotus and are wrapped in a round pasty, symbolizing the moon.

This is a fairly recent tradition that sprang from Taiwan in the 1980s. During this time, two popular soy sauce companies capitalized on the tradition of having BBQ with friends during the mid-autumn festival. They successfully created a brand of BBQ sauce and worked hard to solidify barbequing as a central part of the moon festival. Before this, the tradition was to get together with family, look up to the moon, and gift mooncakes, but hanging out on the street barbequing meat, drinking beer, chatting and singing with friends and family quickly spread and is now the main tradition in Taiwan.

Watch both adverts here and below.

Pomello or “Chinese grapefruit” is particularly abundant around the Mid-Autumn festival, which is also a time of harvest and abundance. You’ll see this fruit piled up along the road and in supermarkets. It is tradition to wear the peeled skin on your head or your pet’s head, but be careful because the citrus might upset your pet.

Chang’E was a very beautiful and famous woman. She was married to the famous archer Hou Yi. At this time, there were 10 suns that heated up the earth. The gods tasked Hou Yi with the job of shooting them down with his arrows, leaving just one. He successes in his task, and the gods rewarded him with an immortal elixir and access to the heavens. Hou Yi loved his wife deeply, so didn’t want to take it until they both had enough.

One day, while out hunting, one of Hou Yi’s apprentices broke into their house and demanded that Chang’E give him the immortal medicine. In order to prevent this bad man from taking it, and becoming too powerful, she took it herself.

Upon eating it, her body became lighter and lighter, and she rose into the sky and landed on the moon, stuck there for eternity. The people celebrated her for her great sacrifice, and to this day, she is known as the moon goddess.

Continue watching the video to hear about the other legends and traditions of the Mid-Autumn Festival.

Study all the essential vocab on Skritter