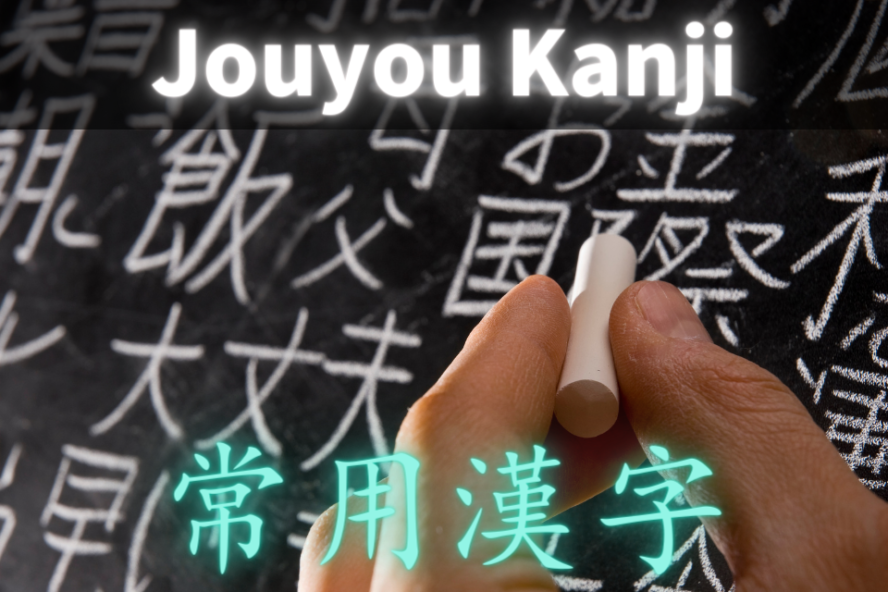 Jouyou Kanji (常用漢字) are Kanji that are used on a daily basis– there are roughly 2,000 of them. The Japanese Ministry of Education decides what is included in the Jouyou Kanji and the last time it was updated was in 2010.

If you’re wanting to learn all the Jouyou Kanji we have a deck just for you! As we’ve written before, we don’t recommend studying a single Kanji on it’s own unless it’s a word on it’s own, it’s too out of context. You can read more about that concept on this blog post: Why you shouldn’t study single kanji in Japanese (when it’s not a high frequency word)

With that said, our Jouyou Kanji deck uses one word per Kanji. That way you can learn all of the Jouyou Kanji and actual words at the same time!

If you prefer to study the single Jouyou Kanji on their own, we also have a deck for that too.

This deck teaches each Jouyou Kanji using one word per Kanji, opposed to the single kanji isolated on it’s own. This is useful to practice the characters in context and pick up some new vocab. 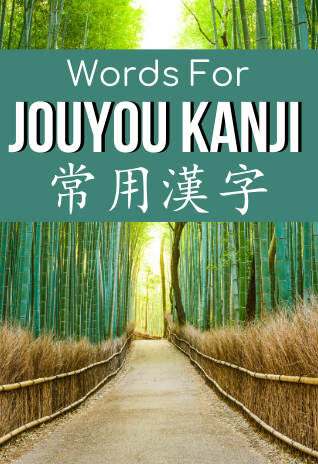 You can study the deck on Skritter with the link below!
Characters for Jouyou Kanji

This deck contains each single character listed in the Jouyou Kanji for a total of 2,136 characters. Even if you don’t want to add the deck to your review queue, this is very handy to use the Test Mode in the app to quiz yourself on single Jouyou Kanji! Each section has 25 characters each making it work well with Test Mode. 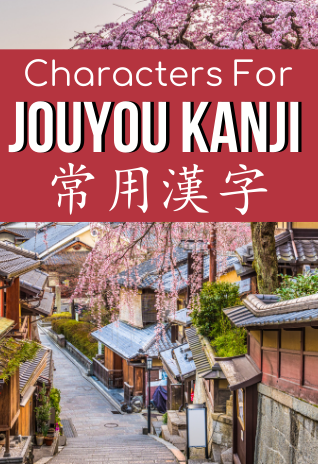 You can study the deck on Skritter with the link below!
Characters for Jouyou Kanji 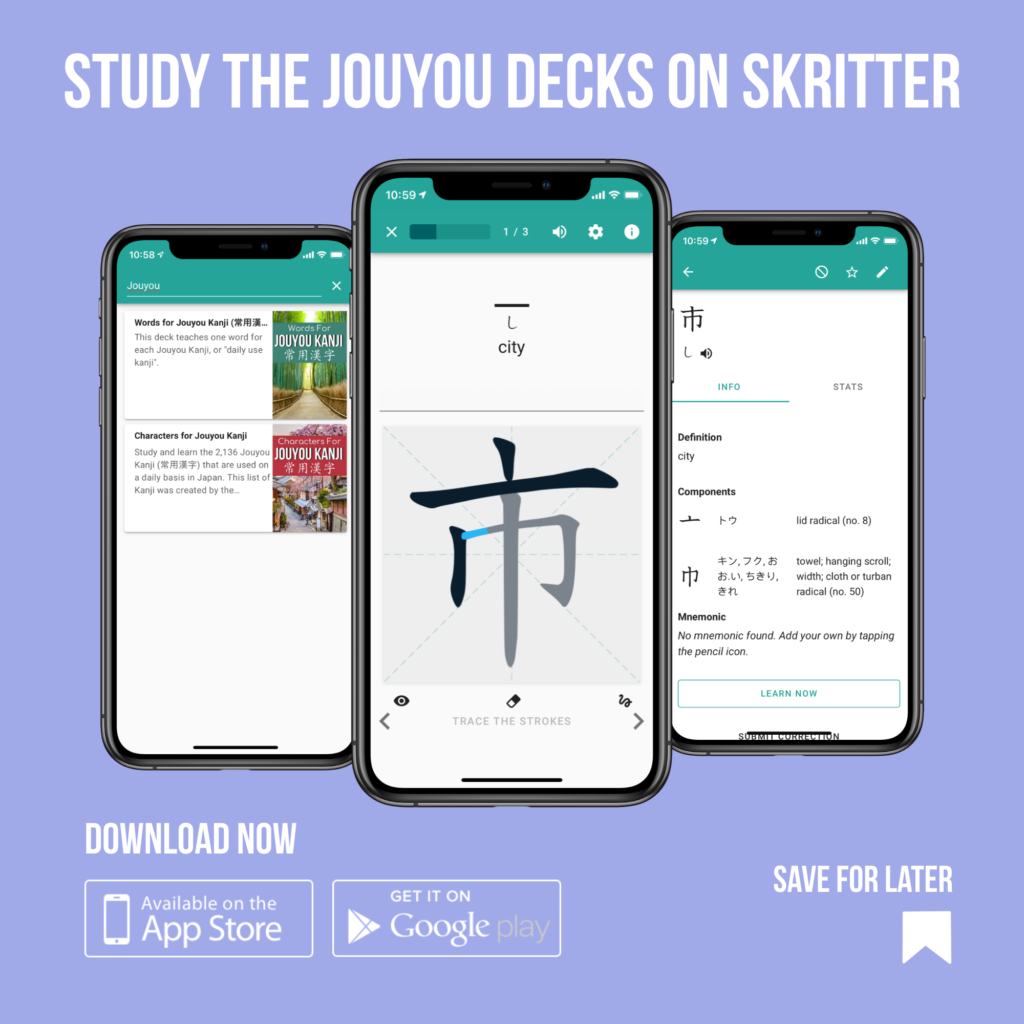