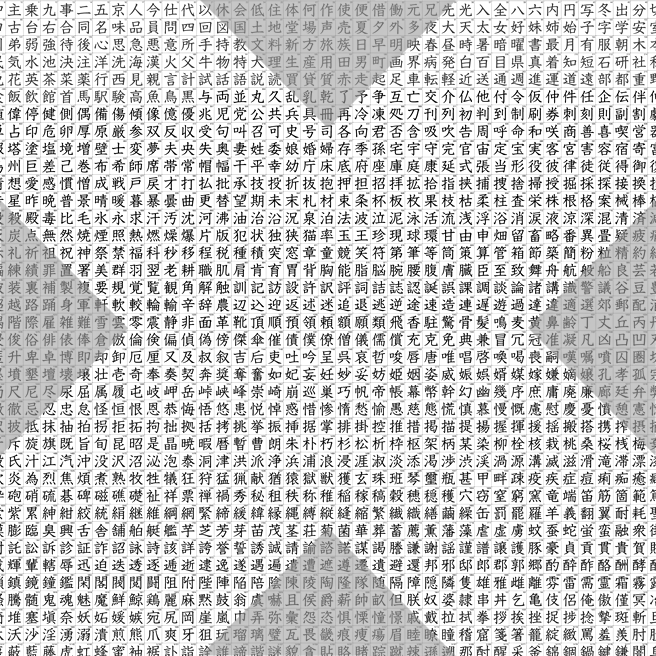 Here is a question from a fellow Skritterer, regarding the definition for 界:

Shouldn’t the description “border, boundary, mental state” be for 境, not
界? They both have the same reading of “さかい” but the only meaning my kanji dictionary lists for 界 is “world.”

That’s the correct definition for that reading, (界 and さかい), however probably not the most useful entry to study since it’s not a very high frequency noun. Some kanji are of course rarely used on their own or sometimes never, for instance words that only have an onyomi reading and no kunyomi.  I highly recommend only studying high frequency words, for instance 世界 and 環境, and avoiding single kanji when they aren’t typically used on their own, and especially “comp” writings on Skritter. You can see the definitions for single characters while studying a multi character word on it’s information breakdown screen, if you’re focusing on learning individual meanings of kanji. 一石二鳥！

A good tactic is to take a single kanji, and look up high frequency words that use it, and then add those words to learn the usages and readings of the kanji.

One good argument for only studying words would be, there’s not a strong reason for you to know 界 can mean ”mental state”, if everyone typically ever says 心境 or 心理状態。 By studying kanji in a word, you’ll pick up on the differences naturally, like between 業界 (business world) and 限界 (limit; bound), where 業界  uses the meaning of “world of” for 界, and 限界 uses the meaning of “boundary” for 界.

Studying words that use the kanji instead of a single kanji “comp” writing causes you to learn words which can actually be used, along with alternate readings and meanings for single kanji. This gives a bit more context than a singled out kanji, (unless that single kanji is a high frequency word on it’s own of course).

Another argument might be, let’s imagine studying all of the readings for 生 and all of it’s possible definitions without any context. The prompt would list these readings for the single character:

Here’s a list of some words that use 生:

Alternatively imagine starting to learn Japanese, and choosing to only study higher frequency words instead, like: 学生、生徒、生きる、生じる、生まれる、生ビール、などなど. This is much easier to accomplish, and you’ll likely get much better results.

Here’s a loose (and possibly poor) example: the alternative of studying a single “comp” writing is a bit like starting to learn English, and choosing to study an entry for  “tion”, which lists possible words that can use “tion”, like: nation, operation, relation, situation, translation, imagination, organization, ambition, position, pollution, revolution, solution, attraction, affection, correction, etc, etc… This is a great tactic for those already proficient in English, but if you’re just starting to learn, it might be a better tactic to study high frequency words that use ~tion instead. Obviously this doesn’t exactly apply since Japanese and English are so different, but it’s the closest analogy I could think of.

It’s much easier to learn readings and definitions for 生 by learning actual words, and since some words which use 生 aren’t as high frequency as others, and depending on where you’re at in your Japanese studies, it might not be a good investment to learn them all (yet)! This same logic could be applied to any single character, though 生 is an especially good example. While it’s probably not a good idea to study 生 on it’s own as a “comp” character, studying the single non-comp character 生（なま）is a good idea: (生 なま: raw (fish); fresh), which can be used as a noun prefix or adjective.

If there are characters which are words on their own, like 犬 for instance, you should make sure to add this on Skritter as the noun entry, and not the “comp” writing, which looks like this: “犬 ケン, いぬ: dog“, opposed to the noun entry, which looks like this: “犬 いぬ: dog“. The comp writing has all of the possible readings (listed in katakana for onyomi, and hiragana for kunyomi), and all of the possible definitions for the character. 犬 is a simple example with just two readings and one possible definition, however it’s still a good idea to stray away from the comp writing.

Instead of studying the comp character for 犬, I recommend adding the non-comp (noun) entry for 犬（いぬ）and 子犬 which use the kunyomi reading, and other high frequency words that use the onyomi reading, like: 愛犬（あいけん）、or 一犬（いっけん）.

Notice how 子犬 uses the kunyomi reading, where it would logically seem like it should use the onyomi reading. By studying this as an actual word, you learn that it uses the kunyomi, where if you were studying only comp writings, you might think it’s pronounced “こけん” if you were to first see the word without having learned it’s pronunciation first. Another great example is 大: is that read だい or おお? A comp writing will not help you answer that question!