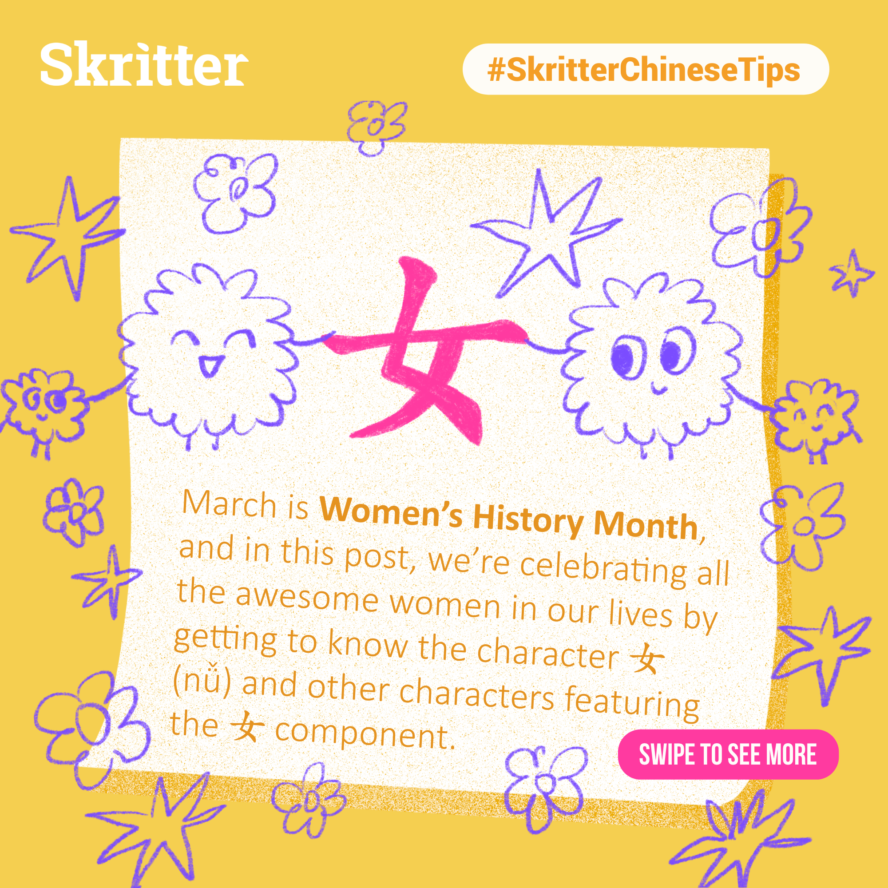 March is Women’s History Month, and in this post, we’re celebrating all the awesome women in our lives by getting to know the character 女 (nǚ) and other characters featuring the 女 component.

If you want to study all the characters featured in this post, be sure to check out the deck “Celebrating Women” on Skritter.

The character for “female” is a pictogram, depicting the side view of a woman in a seated or perhaps kneeling position. Many believe the seated/kneeling position reflects the traditional role of women as the main caregivers, doing unpaid care work in the family. 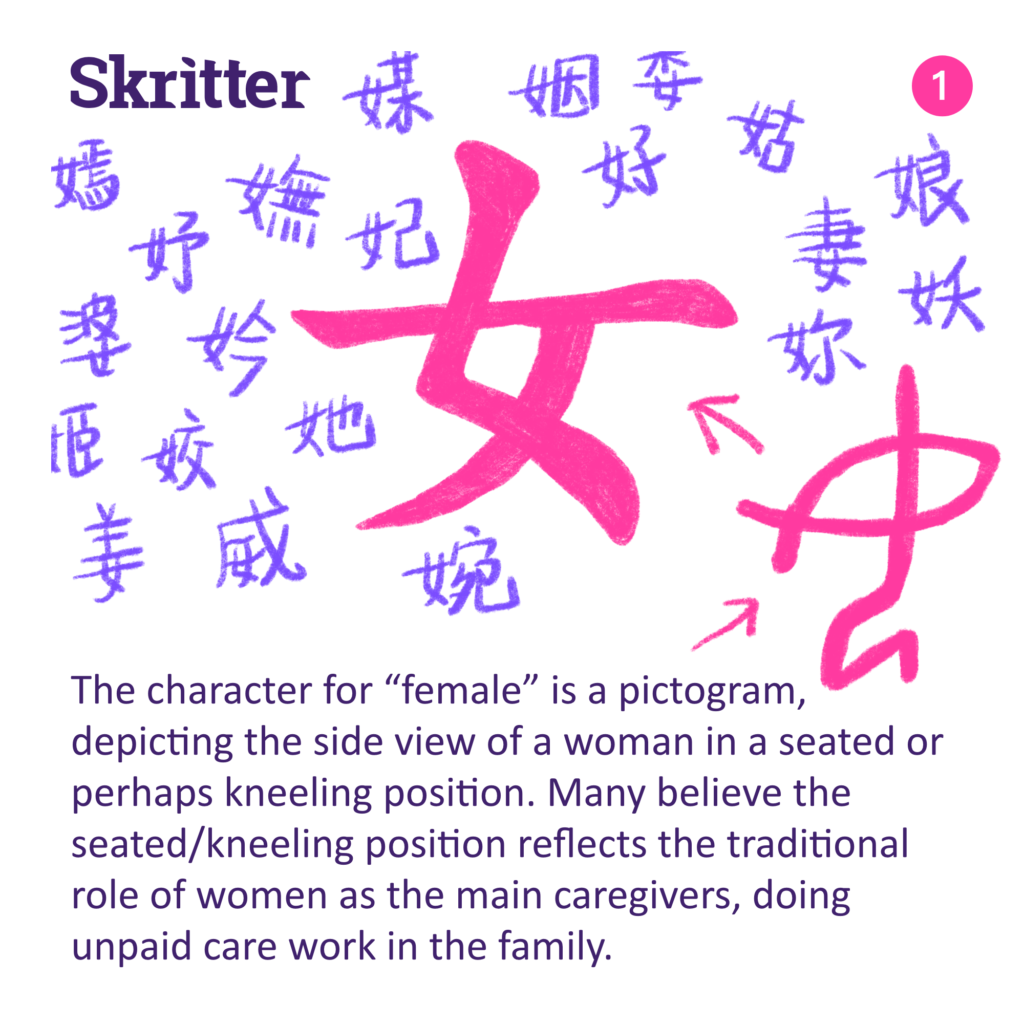 In many characters featuring 女 (nǚ), the 女 component provides the meaning of the character. Therefore, many family terms have 女 as their semantic component. 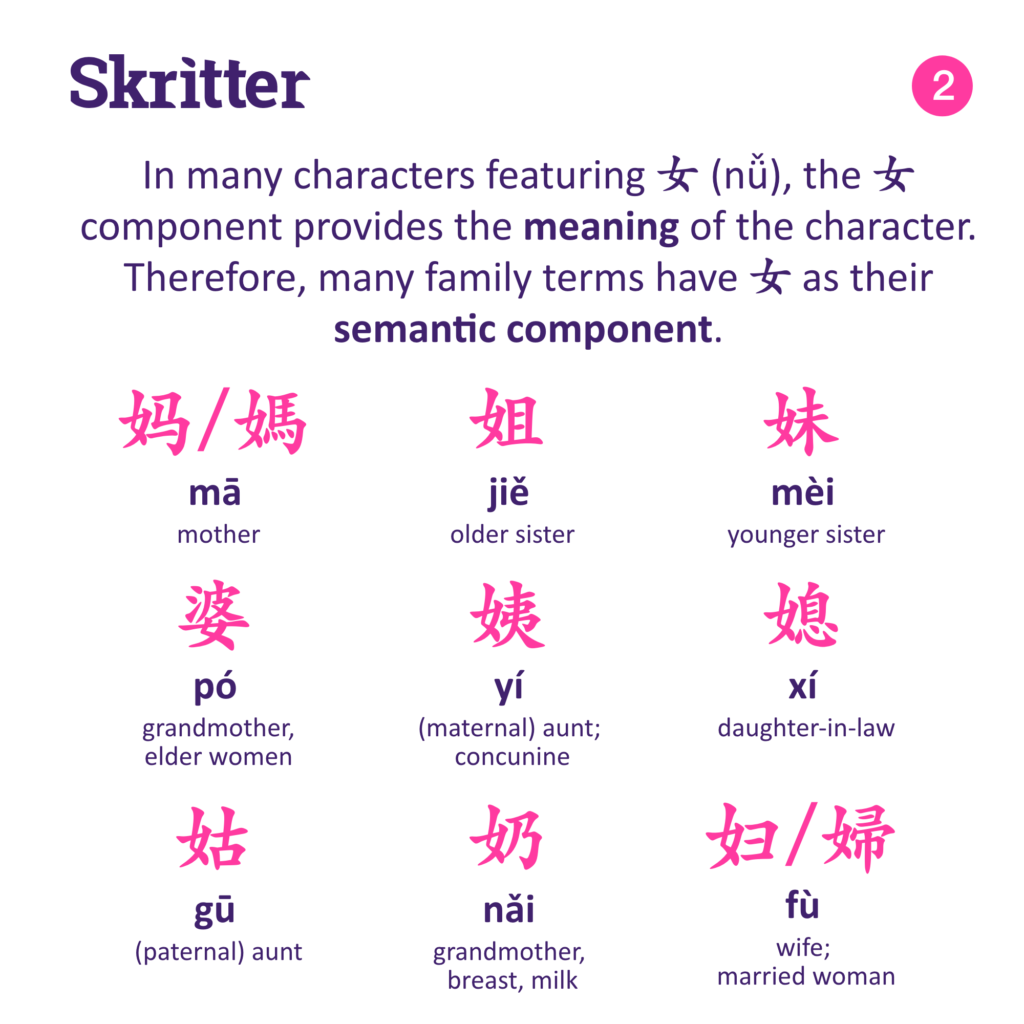 In addition to words for female family members, there are also many characters related to kinship or the concept of family. 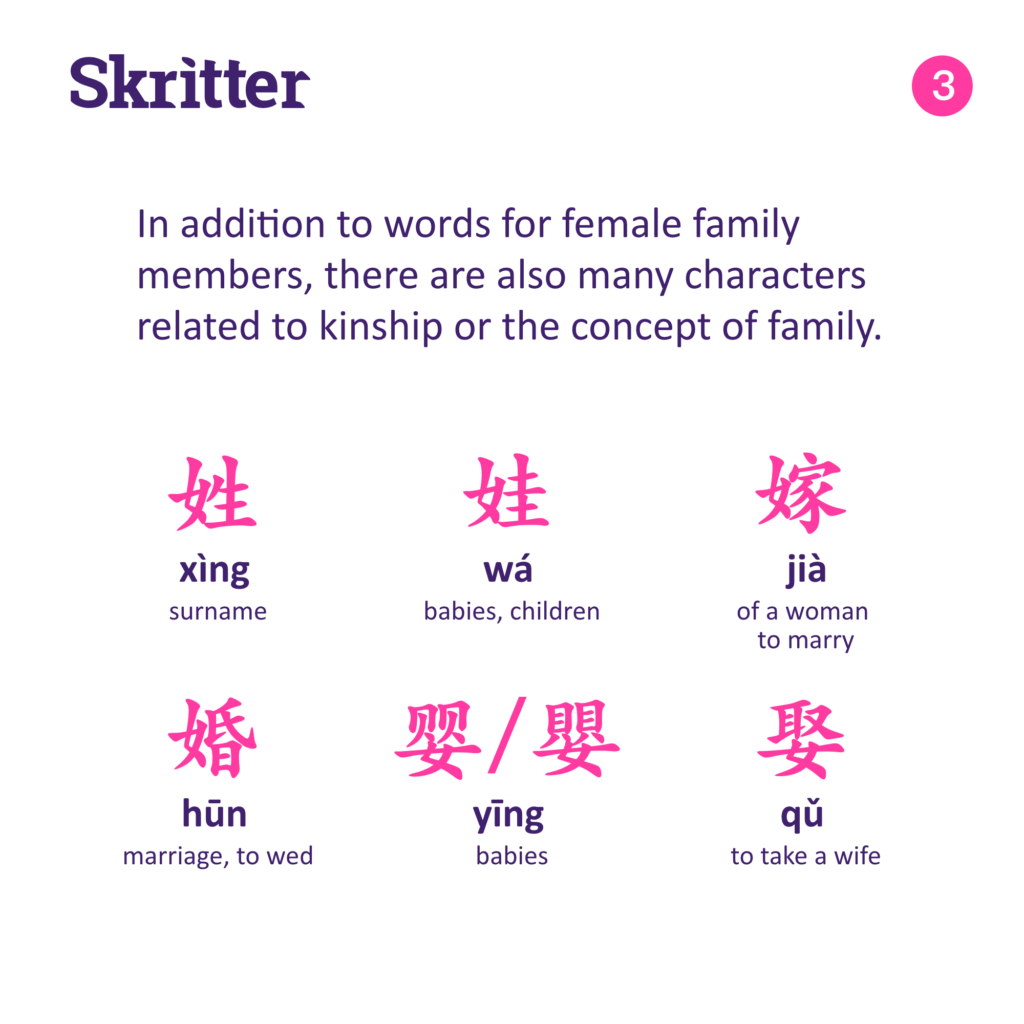 To show the importance of women throughout history, we need to introduce one of our favorite characters containing 女. The original meaning of 始 is “older sister”, but it’s also very helpful to remind ourselves that all life indeed starts with our mothers and feminine power. 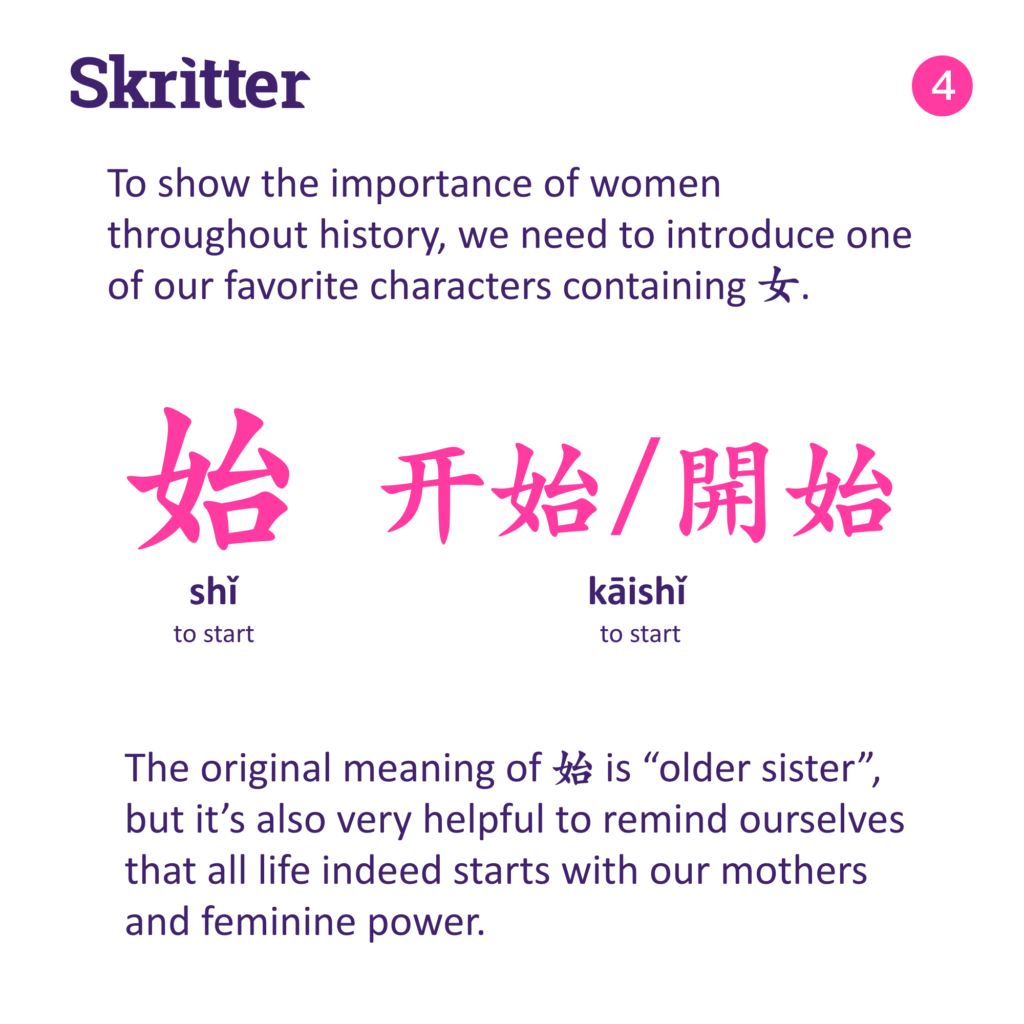 To celebrate the wisdom and joy of women, 女 is sometimes used to show cleverness and joy. 妙 is often used when something is subtly clever, or when an idea reveals its ingenious nature after being considered more thoroughly. We sometimes also use 妙 to show something is remarkable and brilliant.

[En] This article is so cleverly written. I’ve read it several times, and each time, I enjoyed it even more.

Another high-frequency character that uses 女 to show a characteristic that’s commonly perceived as feminine is 安。 It shows a woman sitting under a roof, indicating the original meaning “to sit quietly”. 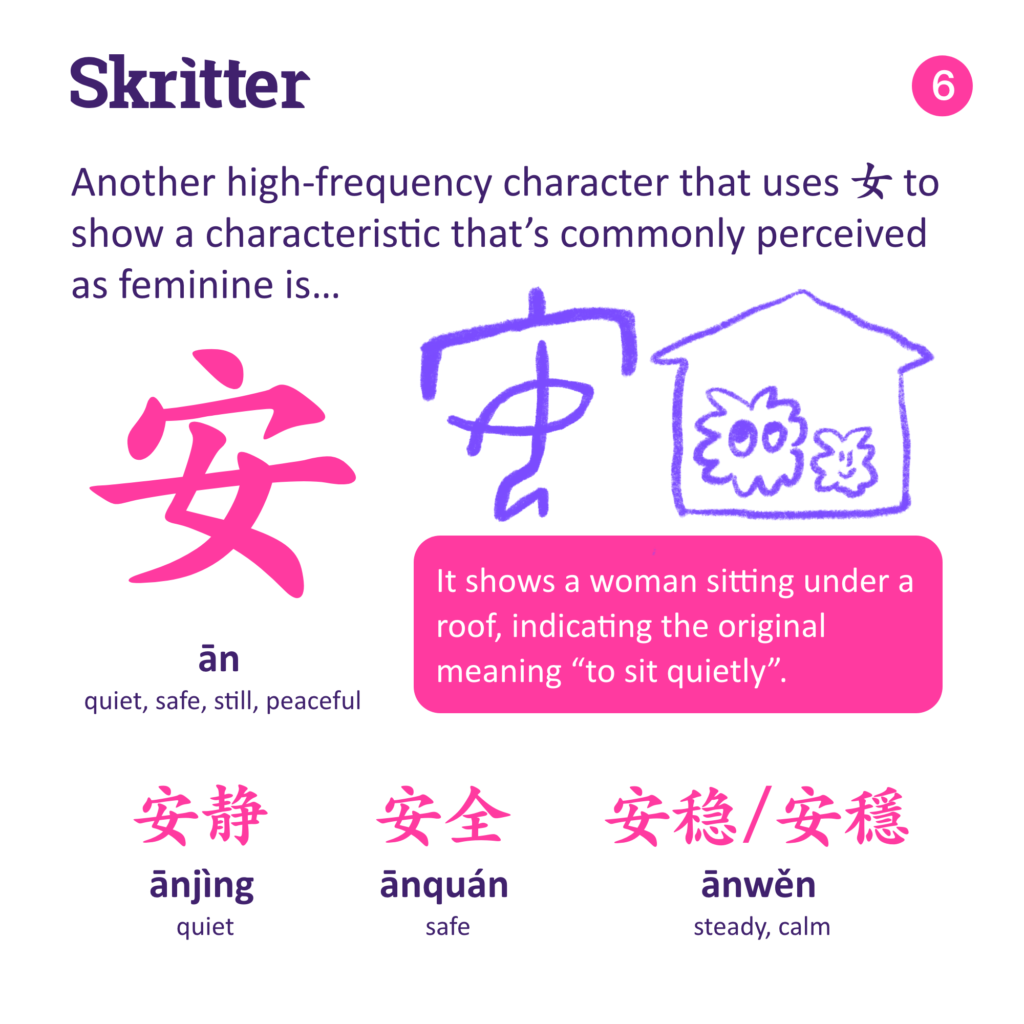 We also find 女 in some characters related to appearance and how people look. Although these characters contain 女, they can be used to any describe gender-neutral situations. 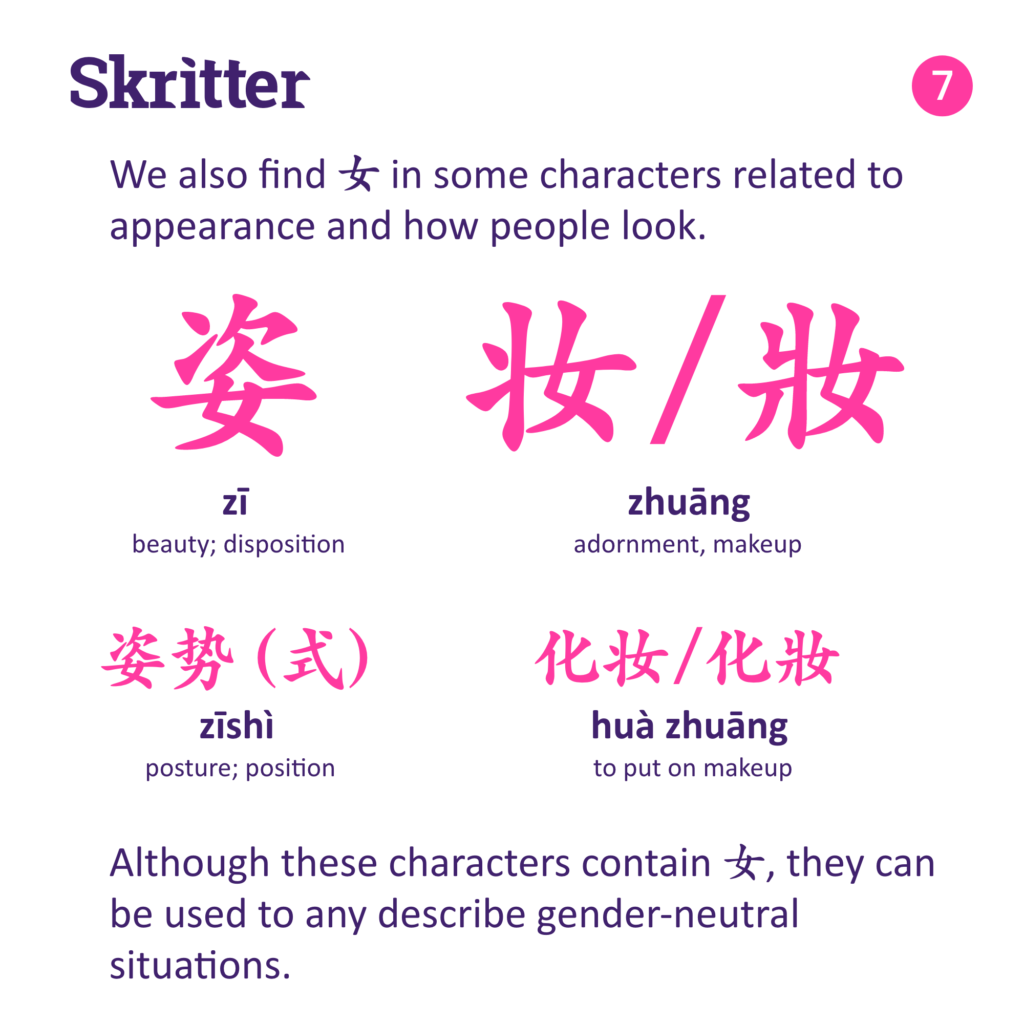 Lastly, 女 is also found in some characters carrying negative and stigmatized meanings. You’ll notice that these words related to sexual assault heavily feature the component 女. Nowadays, people are advocating for less gendered terms such as 性暴力 xìngbàolì = sexual violence and 性侵 xìngqīn = sexual assault, to replace terms like 强奸/強姦 qiángjiān = rape. After all, being a woman is not the original sin, and it’s not only women who are victims of sexual violence. 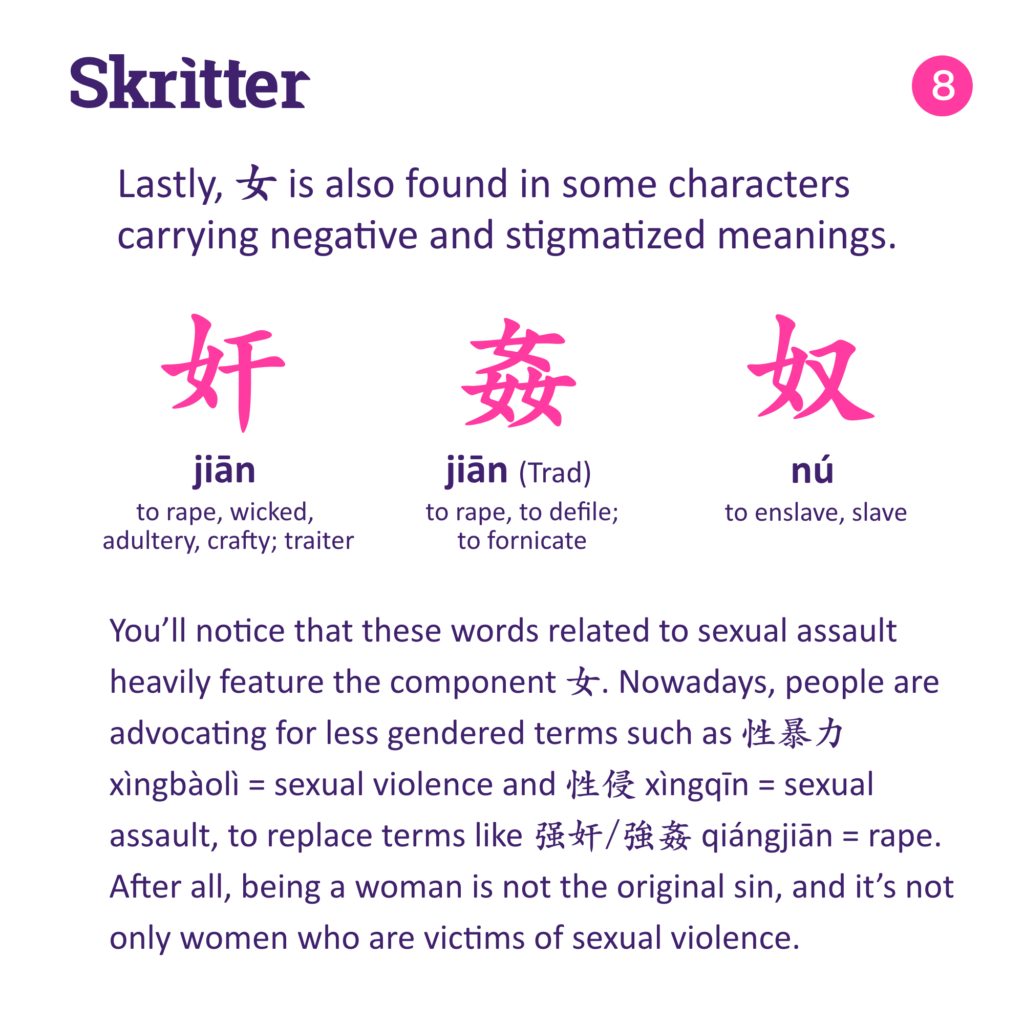 Study All these words in Skritter! 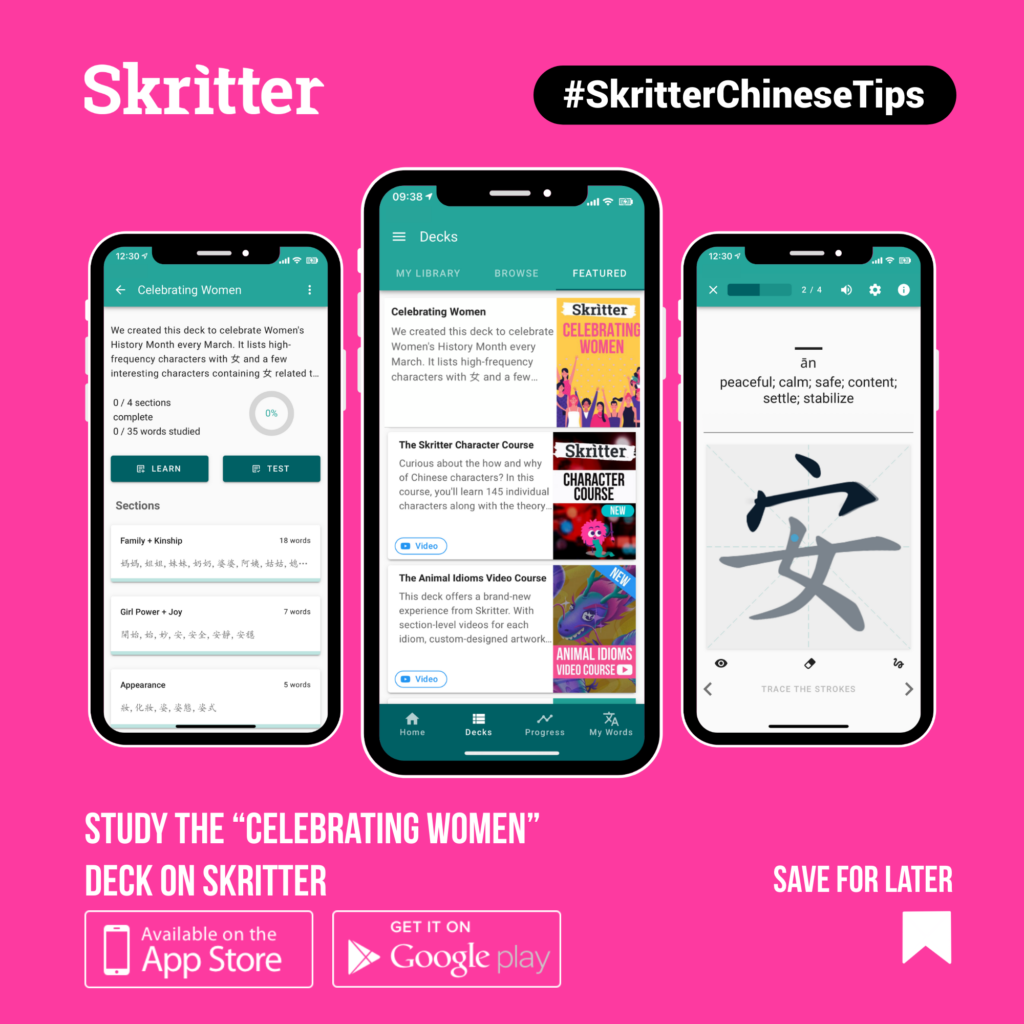 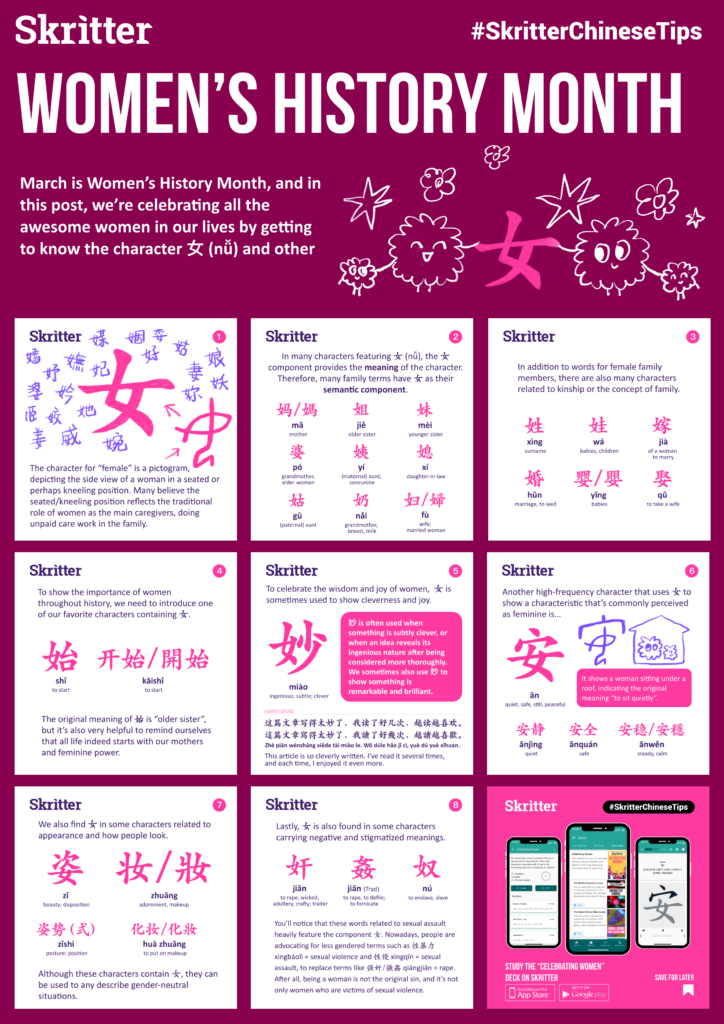