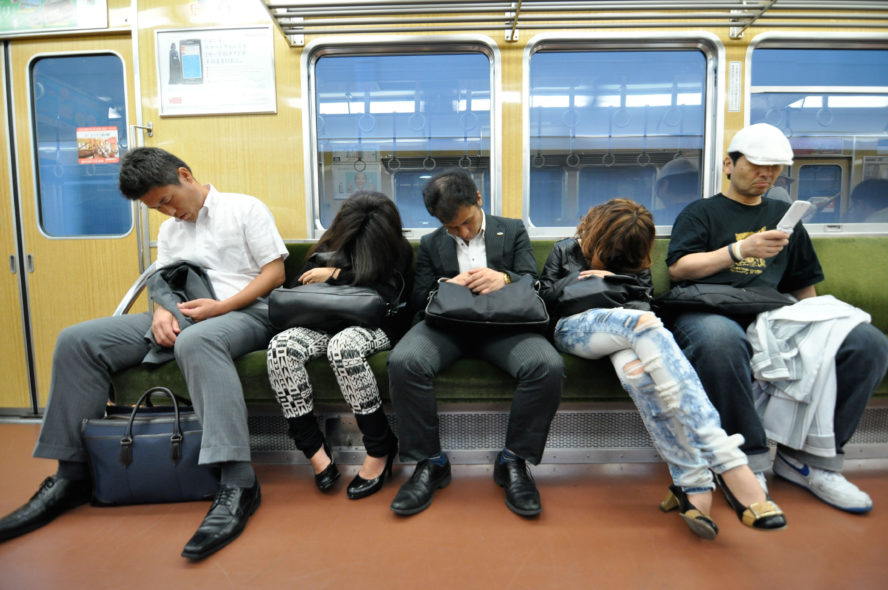 Swords of course aren’t specifically Japanese, however the skill in crafting them certainly is. Japan has a long history of sword making, and the way they are made is technically medieval nanotechnology. The swordsmith folds the steel many times over hammering it, making a very strong yet thin blade. In 1876, swords were banned in Japan and to bypass this, many swordsmiths had to switch up their professions and started making “knives” in the fashion of swords, which is one of the reason why Japanese knives are renowned for being such high quality today!

There are many types of Japanese swords, but the most famous of course are the Katana (刀), Nodachi (野太刀), and Tanto (短刀).

The word for carpentry in Japanese is 大工 （だいく; daiku）

Wasabi is a native root to Japan (in the horseradish family) and is very Japanese. In fact, it’s not really consumed outside of Japanese cuisine! The wasabi that is served in western restaurants is typically a mix of wasabi and horseradish and dyed green, or just plain horseradish dyed green. It’s a pretty expensive root which is why restaurants will cut expenses by not using the real stuff. Pure wasabi is a bit less intense than what you might expect if you’ve eaten at a typical western sushi restaurant, and it has more of a floral taste. It also takes a long time to grind up a good portion which adds to the expense.

The word for wasabi in Japanese is ワサビ or if written in Kanji 山葵（わさび）.

Kimono and Yukata are traditional Japanese clothes that everyone is likely familiar with. The process of putting on a Kimono is fairly tedious, while a Yukata (typically worn by men but also worn by women especially in the summer or after bathing) is much easier to put on– you just put it on. At any rate, is something that feels very Japanese!

The word for Kimono is Japanese is 着物 （きもの；kimono), and the word for Yukata is 浴衣（ゆかた；yukata).

This one might seem like a joke, but Japan has a bit of an obsession with fax machines. It’s the 21st century, but you might not know it seeing how many faxes are sent in Japan, which is pretty funny thinking about how high tech the country is otherwise. One of the theories about why it’s taken such a root in Japanese culture is how it’s nice to receive a handwritten fax opposed to a cold and stiff email.

The word for Fax / Fax machine in Japanese is ファクス (fakusu).

Manga is said to originate from scrolls dating all the way back to the 12th century, though the word “manga” started to be used in Japan around the 18th century. It’s no wonder that Japan is so into Manga! Every year, Japan sells roughly 500 billion copies of manga.

The word for manga in Japanese is 漫画（まんが；manga）

It’s not that uncommon for people to sleep on trains, but in Japan it’s an extremely common sight. It’s rude to talk on the phone or be loud on trains, and the ride is a perfect chance to get a bit of shut eye.

8. Public transportation actually being on time

Japan is pretty famous for how well public transportation works. In western countries, you should expect to be at the train station well before the scheduled stop in case the train shows up early (but often times they are late). In Japan, you can pretty much expect trains to arrive at exactly the scheduled time without fail– it works like clockwork.

The word for train in Japanese is 電車（でんしゃ；densha), and the bullet train is called 新幹線（しんかんせん；shinkansen)

9. Sleeping on the job / working overtime

It’s acceptable in Japan to sleep on the job– it’s even considered as a sign that you’ve been working hard. This is of course something that is considered completely unacceptable in western cultures. Some companies in Japan even have their own nap rooms! While it might seem like a contradiction, Japanese tend to work very hard and have a bit of an overtime culture as well. It’s not uncommon for employees to work way past the point they would normally clock out, especially if other coworkers are doing the same too. There’s even a word in Japanese for being over worked to death– no joke– 過労死 (karoushi).

Ah, what’s more Japanese than a bowl of Natto topped with some raw egg in the morning. Natto is fermented soy beans, and has a very gluey texture. You stir up the Natto until it has a stringy texture, and many people top their bowls with a raw egg. Japan doesn’t have a salmonella problem like in the US, so eating raw egg is a very common occurrence. Natto is extremely healthy and it’s theorized it could be one of the reasons why Japan has such a high life expectancy. It has it’s own enzyme called “Nattokinase” which is one of the reasons why it’s so healthy. It’s an extremely acquired taste, and some Japanese people can’t even stand it.

The word for Natto in Japanese is 納豆（なっとう；nattou）and the word for raw egg is 生卵（なまたまご；namatamago).