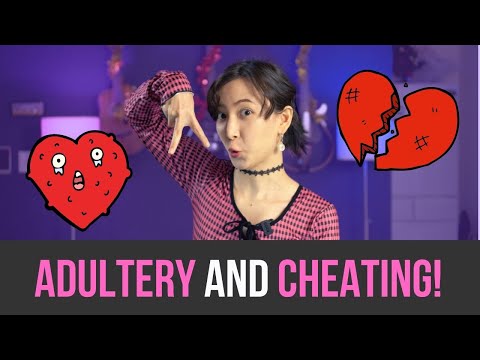 In this video, we are going to teach you different expressions for adultery and being cheated on.

This means to do the splits. As in, you’re standing in two different areas at the same time. It’s mostly used for unmarried couples. Here’s a sentence you could use…

The second expression is similar to 劈腿, which is:

Now, the third one can be used in both married or unmarried couples,

The person being cheated on (usually a guy) is the one that wears the green hat.

Check out this video from Mamahuhu for more about this strange and funny topic:

Here’s a special one used in Taiwan where they have military service. It describes someone being cheated on when the other person is off doing their service.

兵 is soldier, 变/變 is change. It means mutiny, but also means to cheat in Taiwan, especially when the other person is off doing their duty.

To sneak some food; to be unfaithful.
偷吃
tōu chī

All of them are used in the same way,

In cases of adultery, you’ll often hear these words:

Learn all these terms with the Skritter flashcard app!