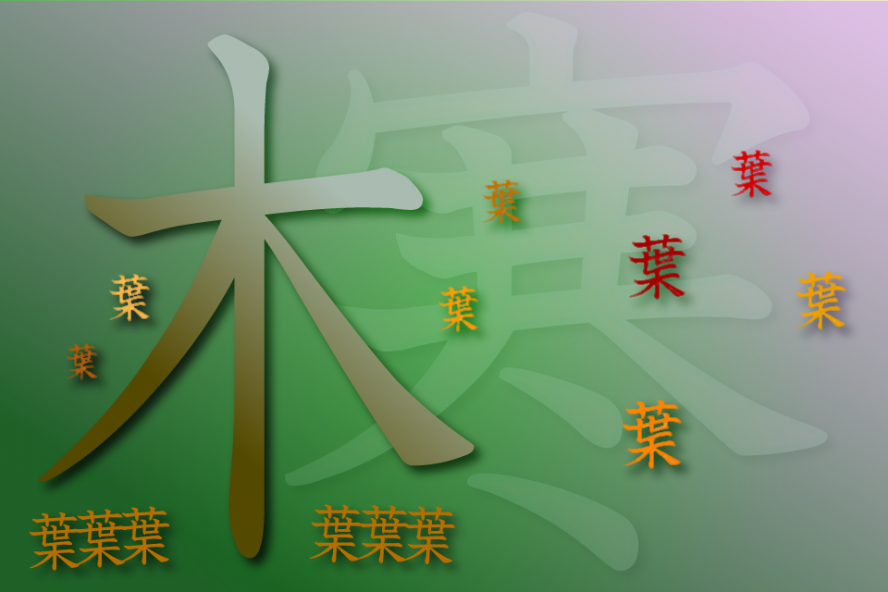 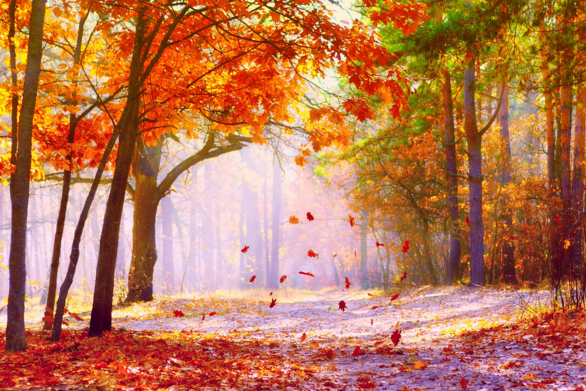 Answer: Autumn (leaves falling from a tree in Autumn) 木 = Tree 葉 = Leaf 寒 = Cold The way to say Autumn in Japanese is 秋 (あき）. The character used here for cold (寒) shouldn’t be confused with 冷, which is cold to the touch (冷たい）versus “cold” (寒い).