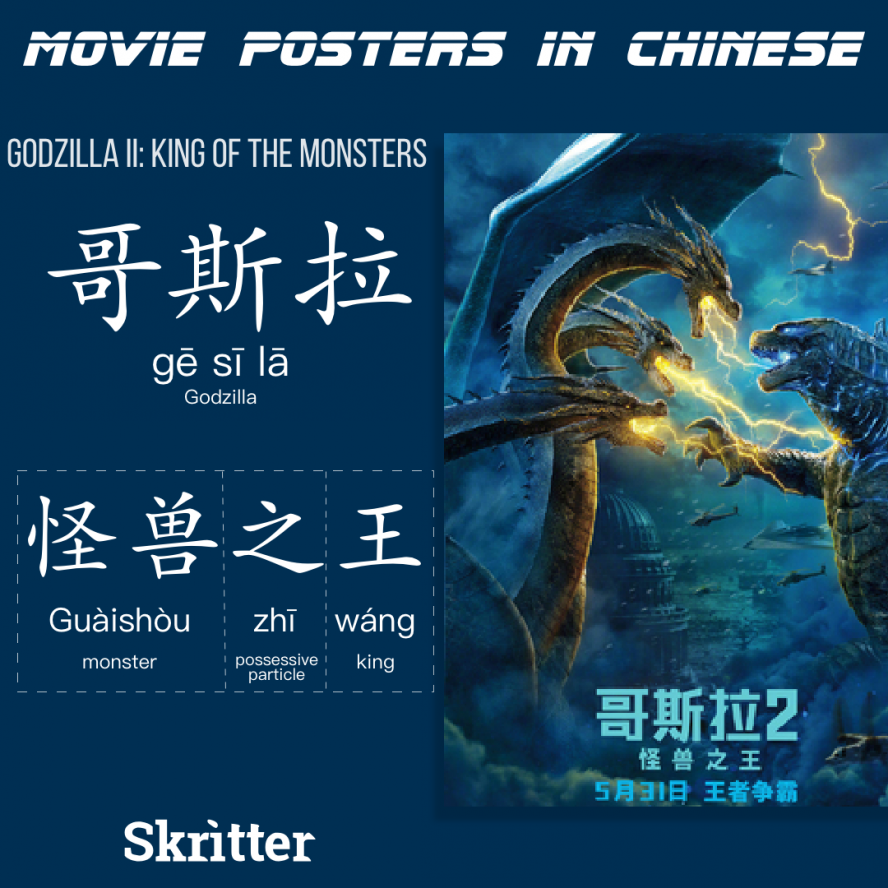 This blog is part of the Skritter Movie Posters in Chinese series.

In Mandarin, there are 2 different ways in which Mainland China and Taiwan translate Godzilla, but you can see that they look very similar, and are most probably loan words from the English and Japanese respectively.

Looking at this, my guess is that the Mainland one is a direct translation from the English, whereas the Taiwanese one, which has much more linguistic ties with Japan, is borrowing the translation from the Japanese. The name Godzilla is a romanization of the original Japanese name Gojira—which is a combination of two Japanese words: gorira (ゴリラ), “gorilla”, and kujira (クジラ), “whale”. The word alludes to the size, power and aquatic origin of Godzilla.

Now for the movies tagline: King of the Monsters.

so literally “The Monsters’ King”

What do you think about the recent movies? How do they compare to the 1998 blockbuster?