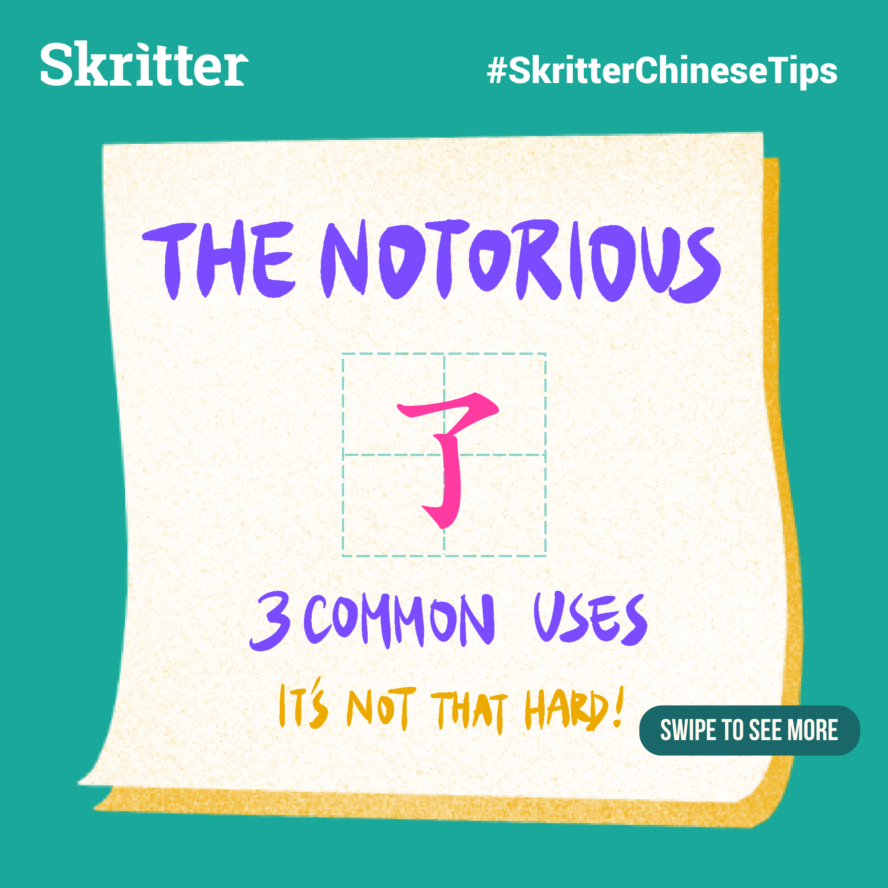 (the most common usage!)

🔑 From the previous sentence, we might be tricked into the conclusion that 了 is a “past tense” marker. In many cases, it appears with actions we did in the past. However, 了 can be used for the future or non-time-sensitive sentence to indicate the completion of an action.

We can change 明天 to 每天 “every day” in the sentence to show a routine that is not tense related at all.

Continuation of an action or event

This function often puts 了 at the end of a sentence.

我好久没运动 ！
我好久沒運動 ！
Wǒ hǎo jiǔ méi yùndòng le!
I have not worked out for a while.

This 了 shows the continuation of not working out. Because we have not done any workout, 了 can’t be the meaning of action complete.

The “continuation 了” is frequently used together with the “action-complete 了” in the same sentence.

🔑 The first 了 indicates I finished two cups, and the second 了, placed at the end of the sentence, shows that it’s a continuation ▸ I might have more…

Change of situation or state

了 shows the change of state of the weather, from not raining to raining!

Lastly, let’s look at how we can use the “action complete 了” with the “change of state 了”!

1.Which 了 is the “action complete” one?
2.Which one indicates a change of state?

Get the A4 Printout