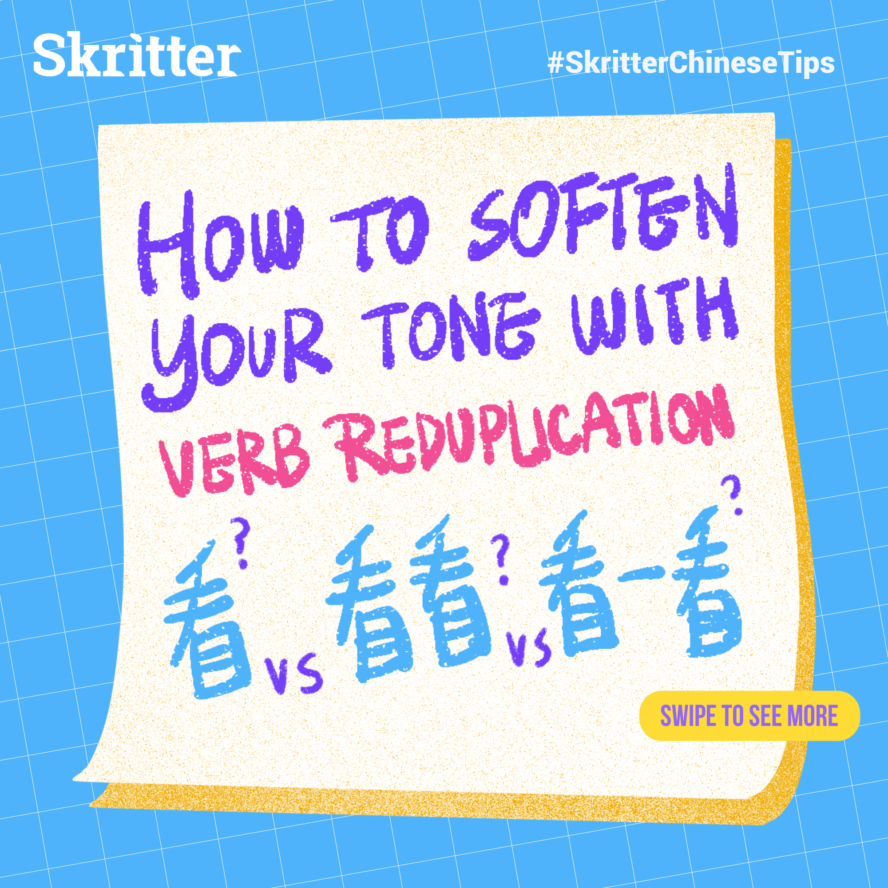 In Mandarin, we can repeat some words, usually verbs and adjectives, to soften the meaning and tone of expression slightly.

In Mandarin, we can repeat some words, usually verbs and adjectives, to soften the meaning and tone of expression slightly. Let’s take a look at some of these verbs!

Repeating a verb, like in 看看书, indicates doing something “a little bit” with the action done rather casually. Only volitional verbs, things we willingly do, can be reduplicated, for example:

Many verbs in Mandarin are Verb-Object structure, such as 说话 shuōhuà “to speak words” and 跑步 pǎobù “to run”. In V-O structures, only the verb is repeated.

Yes, as you saw in the previous examples, there are some tone changes going on. When a monosyllabic verb is repeated, the repeated (second) one is usually a neutral tone because the first one is the main verb and takes the “stress“.

What about disyllabic (two character) verbs? Most of the volitional verbs can be reduplicated to indicate doing it relatively casually or soften the tone of the sentence.

For disyllabic (multi-character) verbs, the repeated portion remains the same tone as the original verbs. Unlikely monosyllabic verbs, you cannot add 一 to these.

We hope you found this lesson useful. Feel free to comment on the post below with any questions.