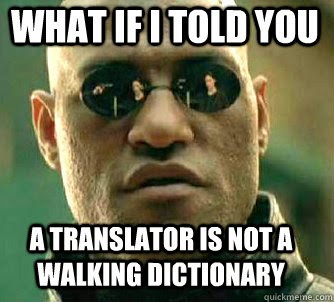 Most who start studying foreign languages become infatuated with learning new words and expressions, and seeing the differences and similarities compared to their native language. Unfortunately after time though, sometimes these exciting feelings begin to dwindle, and in some cases they might even lose all interest because it doesn’t seem as new or interesting as it first might have. They might claim to have the feeling of “not learning any more” or “not having the time” to maintain what they’ve already learned.

The feeling of “not learning anymore” reminds me of the comparison of shaving a head bald. Starting off with zero hair whatsoever, then going to bed and waking up the next morning with a head full of stubble seems like a drastic difference, (the largest difference there actually will be in the hair regrowing process).It’s sort of like starting off with no words in a language (a bald head), and then learning your first 10 words (gaining some stubble). You then learn your next 10 words, doubling your vocabulary which seems like another big change, just like how the second day of hair growth doubles the length of your total hair. Eventually you get to the point where you have so much vocabulary, or so much hair, more doesn’t seem to add any length.

However the rate is still consistent of course, it’s just that compared to 1000 words learned, adding 10 more words doesn’t seem like a such an amazing feat anymore, or when having 2 feet of hair, adding another inch isn’t even noticeable and it seems like your hair stopped growing.

Some “study habits” I like to keep have kept Japanese just as exciting, and I’m sure can be applied to any language. The key is you shouldn’t really be “studying”, instead activities you like to do anyway can be in Japanese. If you’re not ready for that step, then it should be increasingly Japanese, replacing what you can and learning the vocabulary.

We all have obligations that interfere with things we actually want to be doing, like learning Japanese if you’re required to use English throughout your day– so bust out some reviews (…wow) in the morning and what you studied will stay with you throughout the day. That way when you go back to review and study more at night, you’re solidifying any information remembered from that morning.

It’s an easy to form a habit which really boosts retention. I don’t recommend pushing it with the reviews though, reviewing words in a spaced repetition system is very important, but after using the same “study method” hours on end day after day, you might not want to go back the next, which defeats spaced repetition systems’ efficiency. It’s best to keep it short and sweet everyday, opposed to doing a long day and then missing a few days, even if you are averaging the same overall amount of time.

It’s along the lines of flash card or dictionary syndrome, where someone can gain the ability to memorize 20,000 words if presented with flash cards, but phenomenally won’t recall them when presented in the wild. The only exception would be if you aren’t yet at the level to enjoy watching without English subtitles enough to continue watching, in which case watch with them on if you must opposed to not watching at all, but don’t use it as an excuse to not work towards the level where you can start watching without!

I recommend trying to get to the point where you can switch to Japanese subtitles and look up all the words you don’t know. Appropriate difficulty level is important, if you are watching a bunch of investigator shows you might learn technical words you aren’t “ready” for, so I would go for movies and shows that don’t seem like they would use a bunch of advanced vocabulary. After you watch through them with subtitles, you’ll likely remember much of the plot and what people said, so try to give it a go without any subtitles. Repetition is unfortunately the key to mastery with things, as annoying as it may be it’s extremely effective.

Once you get to the point where you can regularly understand most of everything being read in Japanese subtitles, it would be time to remove the subtitles and resort to backing up the video every time you don’t understand something, and if you still can’t grasp it to look at the spot in the Japanese subtitles.

Studying with a partner of course makes it feel less like studying. I said avoid studying, but you still have to do it of course! As a note, if you do use English sentences first trying to recall the Japanese equivalent, it can be a bit annoying to memorize the exact Japanese sentence, especially when you get to the point where you naturally learn to state things in different ways. (That becomes more like memorizing a line from a script, and less like learning Japanese).

The exception would be if your study partner “grading” you was a Japanese native also fluent in English that could verify your version was the same meaning and nuance as the English definition. This is why hearing the Japanese, saying what it means in English, then repeating the Japanese is recommended as a good start. If you are fortunate enough to study with someone fluent in Japanese and English, it’s much more effective to do English to Japanese, while trying not to “memorize” a sentence (if that makes sense!).

There are a lot of fairy tales which aren’t too hard, (though may have some expressions in them that aren’t typically used outside of writing) over at: http://hukumusume.com/douwa. If you go to the world stories area (世界の昔話）, you can find stories you’re likely already familiar with, which can be helpful for context so you aren’t completely lost if it’s difficult to read or comprehend.

If you don’t have a popup dictionary allowing you to hover over words on the web giving you the definition, you should give it a go and install one. I personally think that Rikaisama for Firefox is the best bet, but there are other versions like Rikaichan and Rikaikun as well.

Another great tip is to use Skritter’s bookmarklet tool which lets you highlight a word on the web and add it to a lists, which you should do for words you don’t know. You can add the bookmarlet via the right hand lower corner of the home page at: www.skritter.com/home

Just try to remember to have fun learning the language you want to and you’ll keep progressing. If you have any good tips please be sure to mention them in the comments!