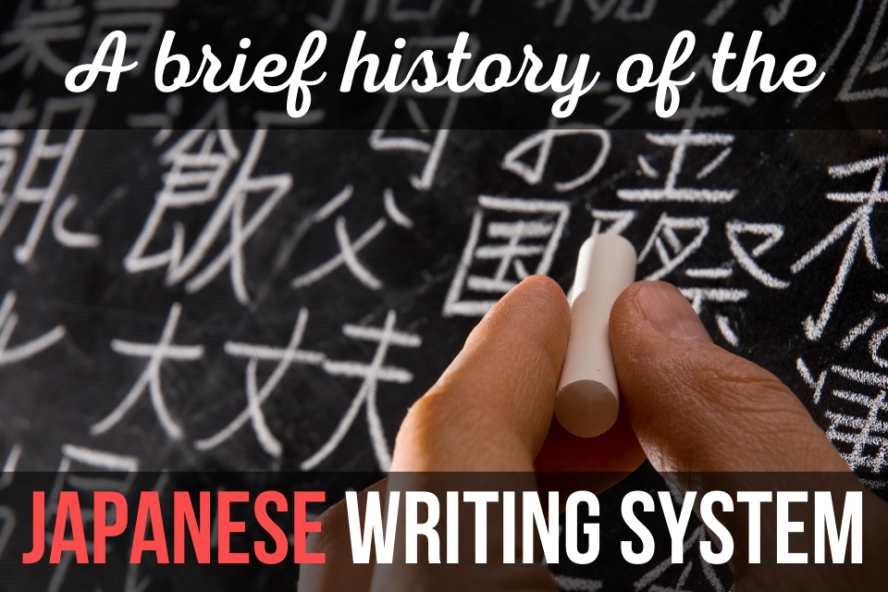 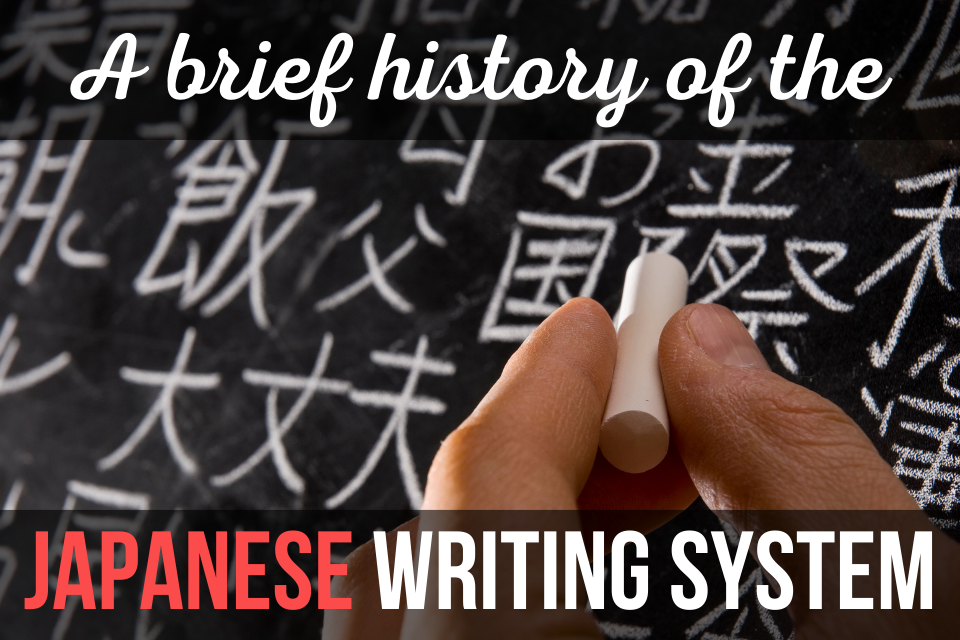 Unless you’re studying Japanese (I assume most of you are!), you may not realize that Japan uses three unique writing systems, Hiragana, Katakana, and Kanji. If you count English which is a mandatory class in school, this brings the total count to four writing systems used.

In a basic nutshell:

・Hiragana is the “glue” of the writing system– it’s used for verb endings, particles, and can be used to write words that you can’t remember (or don’t yet know) the kanji for. Children’s books are often written with a lot of Hiragana since they don’t know how to read or write a lot of kanji yet.

・Katakana is used for loanwords from other languages, but can also be used in things like manga to indicate the speaker has an accent.

・Kanji is used for words in general and the stems of verbs, though there plenty of words that are usually or can only be written in Hiragana (and of course Katakana in the case of loanwords).

It’s easy to distinguish Hiragana, Katakana, and Kanji. Hiragana is the curvy script, Katakana is the angular / jagged script, and Kanji is Chinese Characters.

An example of a sentence using all four writing systems (Hiragana, Katakana, Kanji, and Roman letters) could be:
“PizzaHutに行ったが信じれれないほどにタバスコやレッドペッパーは置いていなかった。”
PizzaHutにいったがしんじられないほどにタバスコやレッドペッパーはおいていなかった。
PizzaHut ni itta ga shinjirarenai hodo ni tabasuko ya reddopeppaa wa oite inakatta.
“I went to Pizza Hut but there was unbelievably no Tabasco or red pepper.”
(Most would likely use ピッザハット for Pizza Hut, but this is just an example.)

Here I’ll explain briefly how this came to be and how Japanese created and adopted it’s writing system.

A well respected writer and authority on Japanese once said: “Only one predominant language of one major nation remains today without clarification of its origins — Japanese”.

While Japan uses Kanji which originated from China, the full origin of the spoken language itself is unknown. Infact, Japan didn’t have a writing system until it was introduced by Chinese around 50 AD, however most Japanese people remained illiterate until about the 5th century AD, (Japan’s literacy rate today is nearly 100%)!

With the import of Chinese characters, Kanji started to be used to write Japanese words, and around 650 CE a writing system called Man’yōgana was invented that used Chinese characters for their sounds opposed to their meaning to represent Japanese. It was through Man’yōgana that Kana developed, which at the time was most often used by women who were denied higher education. 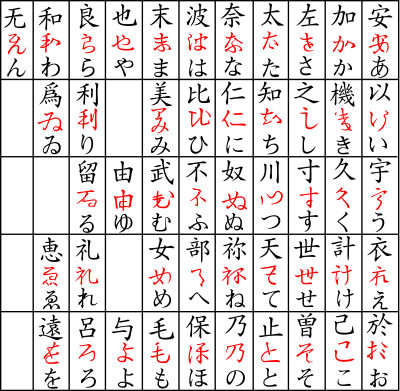 (This graphic shows how Kanji evolved into Hiragana by means of Man’yōgana. Kanji is in black on top, cursive style Man’yōgana in red, and Hiragana in black at the bottom.)
Katakana also evolved from parts of Man’yōgana by Buddhist monks who wanted to simplify it even further: 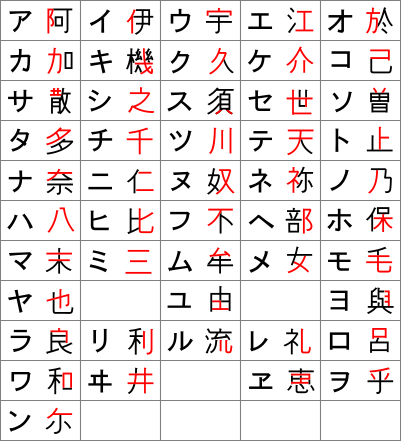 Today Hiragana is used to write Japanese words that have no kanji, and words that kanji cannot be remembered for or haven’t yet been learned, while Katakana is used for foreign words, loan words, often used for onomatopoeia, used to show the difference between a 訓読み (Kunyomi; Japanese reading) and 音読み (Onyomi; Chinese reading), to show emphasis, some company names, etc.

Kanji is mostly used to write nouns, adjective stems and verb stems, and Hiragana is used for particles, verb endings, and the phonetic readings for words written in kanji.

There are some Kanji that were created in Japan and thus won’t be known in China, called “国字” (Kokuji), translating to “national characters”, and other more obscure Kanji used in names alone (人名用漢字; Jinmeiyoukanji), that might not be known unless it is in your name or someone’s name that you know.

To graduate from high school,  students are required to learn the “常用漢字” (Jouyoukanji), or every day use kanji, which consists of 2,136 characters. 1,006 of those are taught in primary school known as 教育漢字 (Kyouikukanji), and the other 1,130 are taught in secondary school. There’s no definitive number for how many Kanji there are, however the “大漢和辞典” (Daikanwajiten), a comprehensive dictionary written in 1917, contains about 50,000 characters.

A similar Chinese dictionary contains 85,000 characters, however many are not common use in any country and are obscure variants or archaic forms. Today there are about 2,000 to 3,000 common use kanji in Japan, with more scattered here and there which are used occasionally. 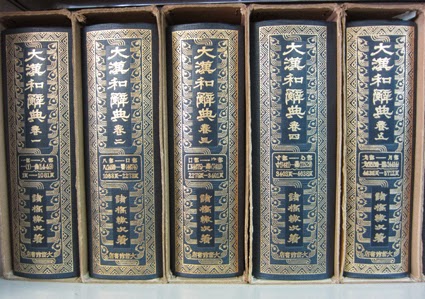 When Japan first adopted Hiragana, there weren’t the same diacritical marks which are the symbols used to “voice” a kana into another sound. There’s the 濁点 (Dakuten) meaning “muddy mark”– the voicing mark which looks much like quotes and can be used to change a kana like か (ka) into が (ga), and the 半濁点 (Handakuten), or “half dakuten”, which is the circle mark used to change は (ha) into ぱ (pa), for example.  Colloquially the dakuten is known as a “点々” (tenten), or “dot dot”, and the handakuten is known as 丸 (maru) or “circle”.

The introduction of the handakuten actually came from Portuguese missionaries in the 16th century who were baffled at how Japanese people just “knew” when a word was to be voiced and when a word would not.

For instance, before the handakuten and dakuten were implemented, there was the “不濁点” (Fudakuten) — a modern spelling of a word like “いがた”, which uses a handakuten to voice the か into が, would be spelled “いかた゜”, using the 不濁点 (Fukdakuten) at the end,  showing the reader the word has a voicing, except it would be up to the reader to know which part of the word to voice, in this case the ka to ga. Back then there was no difference between ハ行 and パ行, (the ha hi fu he ho and pa pi pu pe po sounds), and so it was through the introduction of the handakuten and dakuten that differentiated them.

Here is a clip from 日本人の知らない日本語 (Japanese the Japanese don’t know) talking about this:

As a note, only the ハ行 kana can use both dakuten or handakuten, making a ha into either a ba or pa, though when used on ka, ki, ku, ke, or ko, it represents the sound of “ng” singing, which is a sound used in many Japanese dialects. In Katakana only, the dakuten can be added to ウ creating a “v” sound which is used in modern loanwords, like “ヴィスタ” (vista).

Hiragana and Katakana used to have two extra kana each, which are now near obsolete, ゐ (hiragana “wi”), ヰ (katakana “wi”), ゑ (hiragana “we”), and ヱ (katakana “we”). It’s thought that ゐ (wi) and い (i) indicated different pronunciations until around the Kamakura/Taisho period where they both came to be pronounced “i”, likewise for ゑ (we) and え (e).

These kana are still rarely used today, for instance Nikka Whiskey uses ヰ in it’s name, “ニッカウヰスキー”. They are also used in Okinawan and Ainu languages (two other languages related to and spoken in Japan). 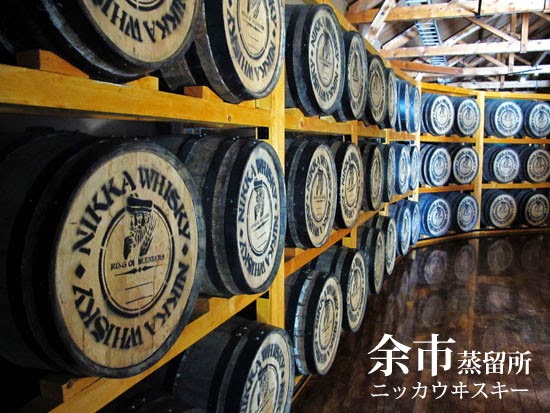 A katakana “を” (wo) also exists though rarely used, which looks like: ヲ.

Often if an alien, robot, foreigner, or something along those lines is talking in a book/manga, their speech is converted to all Katakana to convey the alien-ness or accent, so this could be a case where ヲ would be modernly used.

Here’s a screenshot from 塊魂 (Katamari Damashii) where Katakana is used to convey this: 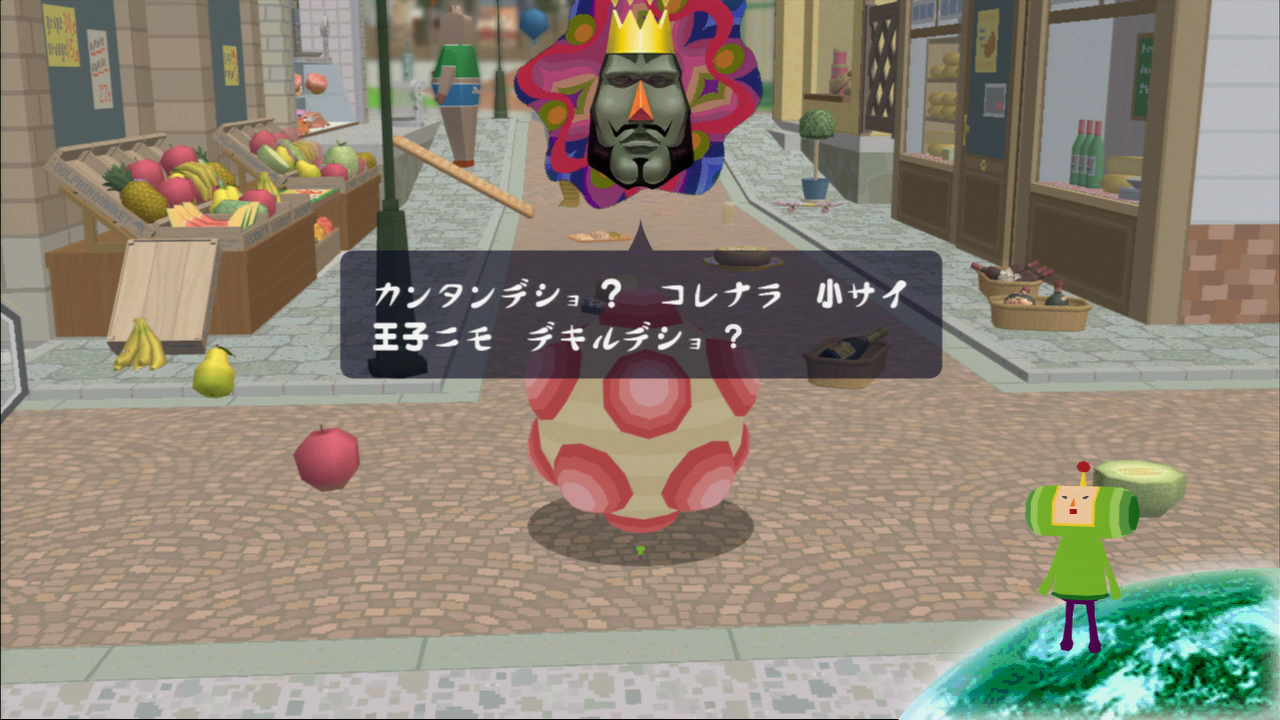