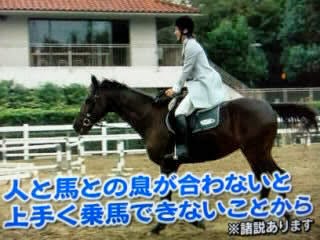 Yet again here are more Japanese expressions, this time all following a similar theme. 始めましょう！

To resemble each other, for instance a kid and his/her parent; This is a lot like “two peas in a pod”. The origin is said to be that when you cut a melon in half, the two sides will be resemble each other. Why a melon was chosen is unknown since other fruits can be the same way, but it is what it is!

To hit it off well with someone; To get along well; Like a horse being a good match for it’s rider. The origin comes from horseback riding, where a horse would kick the rider off if they didn’t suit each other well (for instance breathing not in sync), and the opposite when they did. It later became an expression used for how people get along with one another.

They don’t get along at all.

To think a lot alike; to understand (each)others feelings; to be able to finish (each)others thoughts/sentences; telepathy; If you know someone that you connect with really well and seem to think the same way, often with a mutual unspoken understanding, you share “以心伝心”. As a note, 心 means “heart” but can refer to the “mind”, which is interesting since westerner’s usually point to themselves in reference towards the chest/heart, versus when Japanese point to themselves towards the face/nose, (which is close to the mind)!

Ex: 以心伝心って知っている？
（いしんでんしんってしっている？）
Do you know of ishindenshin?
意気投合 （いきとうごう）
lit: Feelings/idea spirit agreement
To hit it off with someone; To have a mutual understanding; This is  much like 以心伝心, describing how you get along with another. I wasn’t able to learn the origin of this one, so if you happen to know it please fill me in!

Ex: 初対面から意気投合した。
（しょたいめんからいきとうごうした）
We hit it off since first meeting.