In this weeks edition of culture corner we look back at revolutionary China, and a famous saying by Mao Ze-Dong:

Much like the last culture corner post, this was/is a call to action for the youth of China. The phrase, originally penned by Chairman Mao himself, was a gift to eight-year-old Chen Yong-Kang of Su Zhou. The gift simultaneously transformed into a famous maxim that spread across China and beyond. 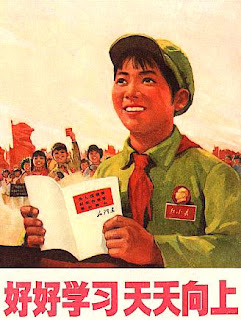 For years after, the phrase was translated into English as “good good study, day day up,” capturing the duality, and rhyme scheme of the original Chinese. However, the popularity of the (translated) phrase also had a negative effect, reflecting on an international opinion that Chinese people spoke relatively poor English. 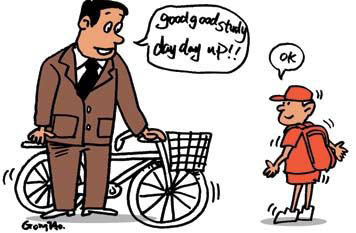 The phrase is still used today among parents, and was commonly found in code of conduct books for elementary school students. I heard the phrase multiple times while traveling and living in China, but have never heard it used while living in Taiwan. Among close friends the phrase can even be said to adults, meaning something to the effect of: I know you’re an adult, but I’m treating you like a child and telling you to study hard–HILARIOUS, right?
Got a story to tell about 好好学习，天天向上 / 好好學習，天天向上? Please share in the comments below!
Have questions, comments, feedback, or a topic you want covered on the Skritter blog? Please send them to jake@skritter.com.