Y’all have helpfully clamored for a Skritter iOS app for a long time now. As I’ve gotten more and more of it built, I’m seeing how right y’all were: it’s going to knock off some socks! Looking through the feedback from the alpha testers so far, some of the most popular phrases are “in love”, “awesome”, “great”, “amazing”, “really nice”, “really really good”, “easy to use”, “smooth”, “fast”, “fun”, “thrilled”, and “excited”. (And “crashes”, but those are dwindling nicely.)

I’ve also been seeing just how much more work it’s going to be: a lot more than I thought! As I’ve been getting more excited, I’ve been working more so that we can get to launch sooner. I’ve even been hacking my diet, sleep, exercise, and work routines until I can become an unstoppable productivity machine. But there are only so many hours in one developer’s day.

Which is why we now have two developers working on the iOS app! 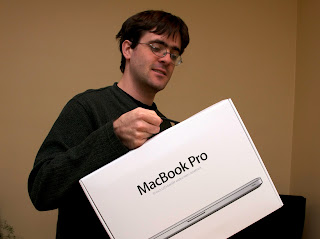 Double development power! This app, it just needs to get done, no two ways about it. I mean, look at some of the feedback we’re already getting from our alpha testers:

Clearly we can’t delay in completing this project. So here I am, with a brand new Mac, all shiny and ready to be mercilessly coded upon.

We have much to do, so here we go. 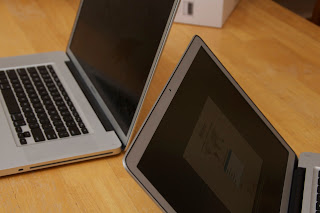 These past few days have been a blur of activity here with me and Nick getting me ready to go. Migrating all my stuff from my old laptop (I’ll miss you, Fedora Linux!), studying up on Objective-C and Xcode, and very gradually persuading my new machine to let me compile and distribute the code that had been made thus far. The last barrier was finally surpassed when I succeeded in sending out a build to our testers yesterday, which included the one line of code I had written for debugging purposes. My own little “Hello, World”.

So for the time being, like Nick, I’ll be spending most of my time on iOS. Unfortunately, this means many fixes and improvements to the site have been delayed, but not indefinitely. I’m chomping at the bit to get to some new site projects (particularly general optimization and example sentences), and I plan to dive into them once our app is unleashed upon the world. Thanks for your patience!

And now, back to coding! 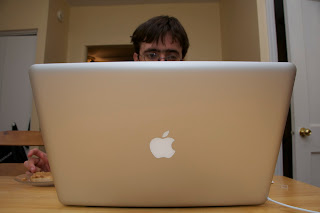